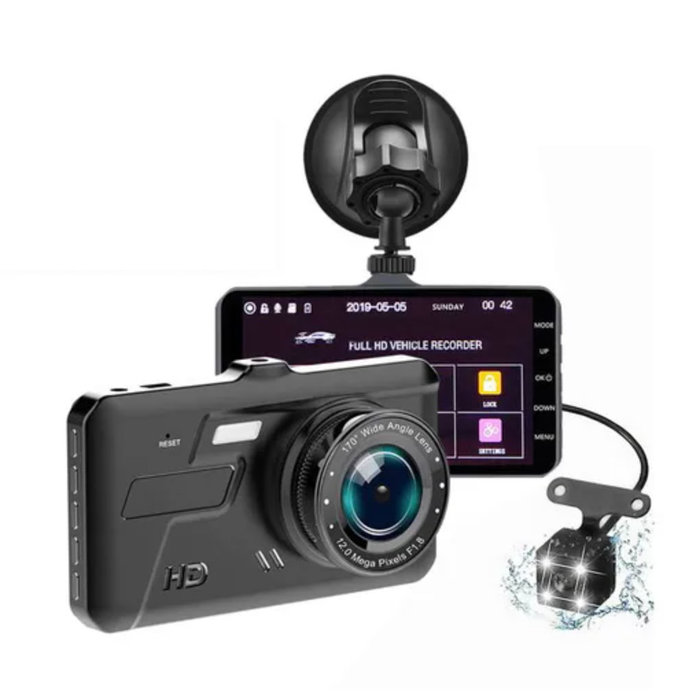 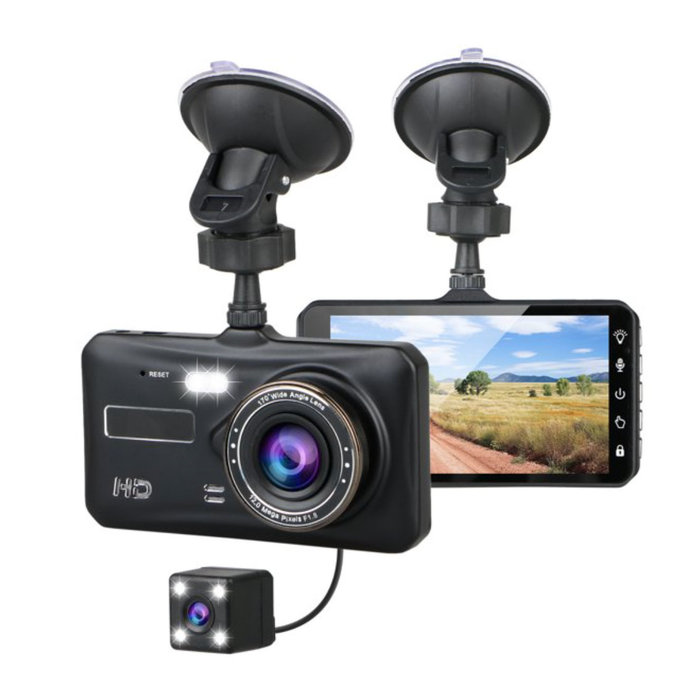 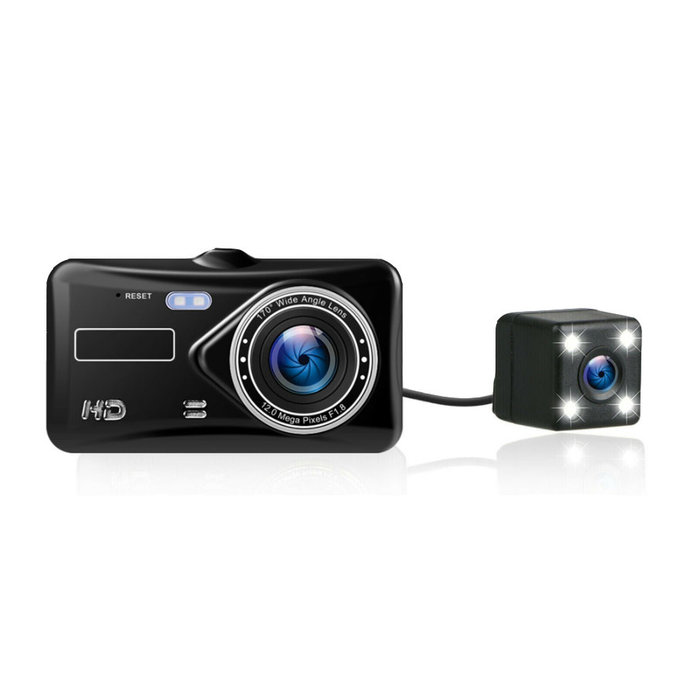 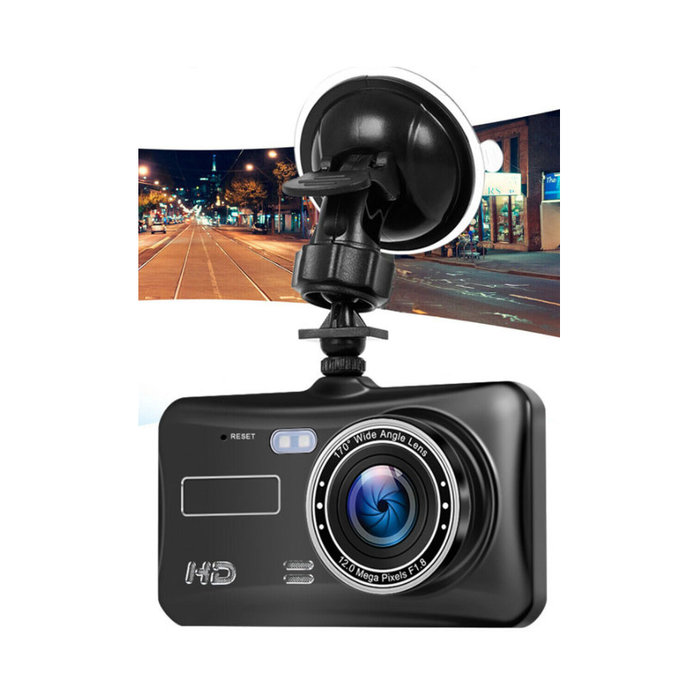 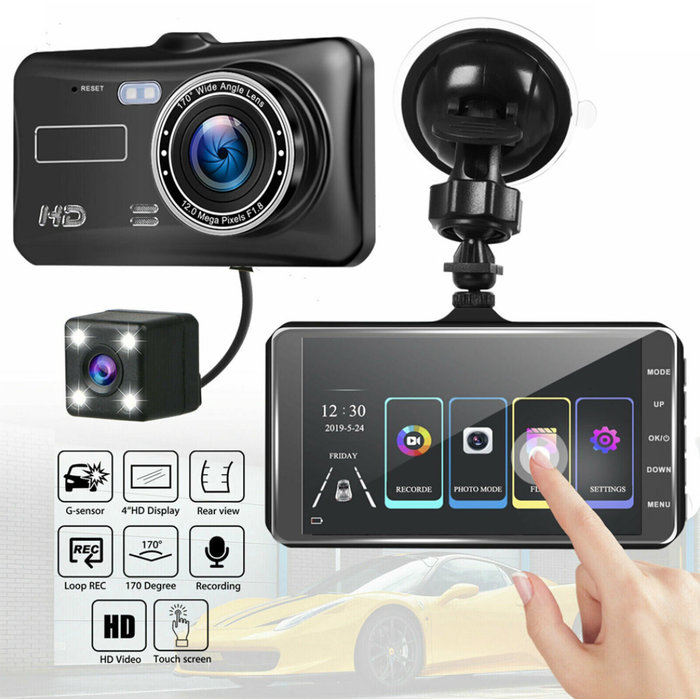 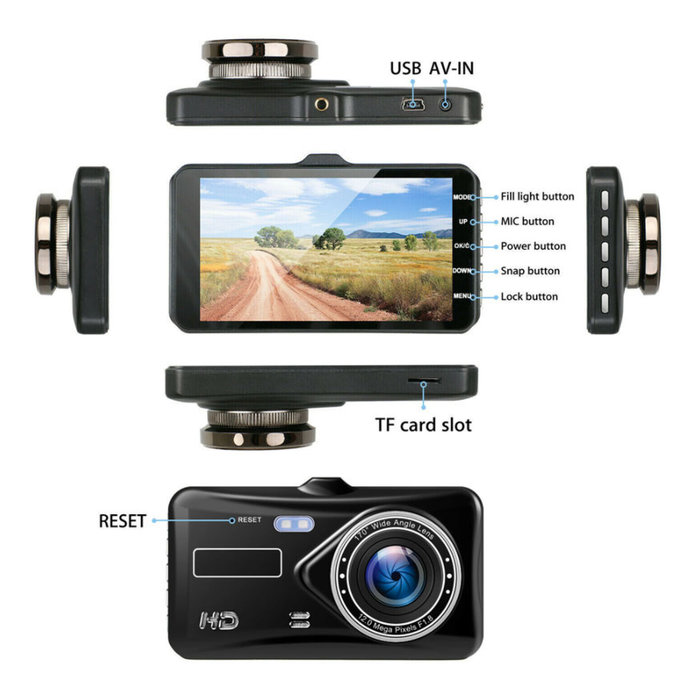 The Y950T Touch dashcam is a beautiful 2CH camera with a very convenient large 4.0" LCD Touchscreen display. The camera films with two cameras and therefore records almost everything around the car. The front camera films with a clear 1080p resolution, the rear camera is a 720p camera. The Y950T Touch dashcam is also equipped with parking mode to secure the car and has a built-in G-sensor, speaker, microphone and a viewing angle of 170˚ at the front and 90˚ at the rear.

The Y950T Touch dashcam has two cameras that can record images simultaneously. The included external camera can be attached to the rear window so that it's possible to film behind the car as well. The discreet external camera films with 720p resolution and is also equipped with LEDs for better visibility in the dark when reversing (must be connected separately, cable for this is included). The images of the rear camera are also shown on the 4" Touchscreen. The camera comes with a 6 meter long cable to mount the small bumper camera in any desired location.

The large 4.0 inch Touchscreen LCD makes the Y950T Touch dashcam very user friendly and easy to operate. The images of the rear camera are displayed via PIP (Picture in Picture) in the image. Also the menu settings on the screen can be changed.

The 170-degree wide angle lens on the Y950T Touch dashcam has a very wide range which makes it possible to film a large part from the car. The rear camera has a viewing angle of 90 degrees.

The Y950T Touch dashcam has a built-in speaker and microphone. Sound is recorded by the camera and can also be played through the camera.

The Y950T Touch dashcam supports cycle recording, which automatically removes old images from the MicroSD card and overwrites new ones when the card is full. This allows you to continue filming with a full MicroSD card. The camera supports SD cards up to 32gb.

The Y950T Touch dashcam automatically starts filming when the car is started. So you do not have to worry about it anymore. Keep in mind that it needs to be connected to the power supply in the car.

Due to the built-in G-sensor the camera notices when you have had an accident. On impact, images are automatically stored securely so they are not lost. They can not be overwritten or deleted via the dashcam.

The Y950T Touch dashcam features parking mode which allows the dashcam to secure the car while parking. Due to the motion detection and G-sensor, the camera automatically starts filming when movements or vibrations are detected.

The Y950T Touch dashcam supports MicroSD cards up to 32gb. This is good for about 8 hours of FullHD videos.