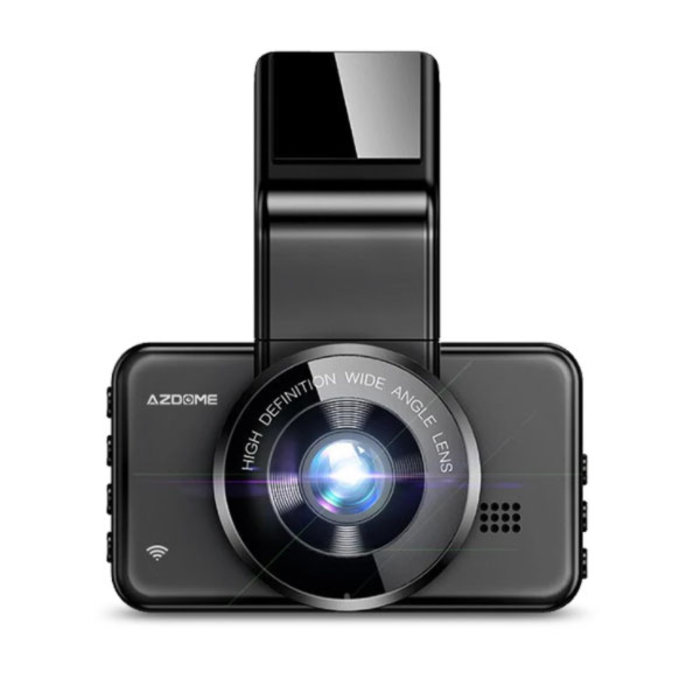 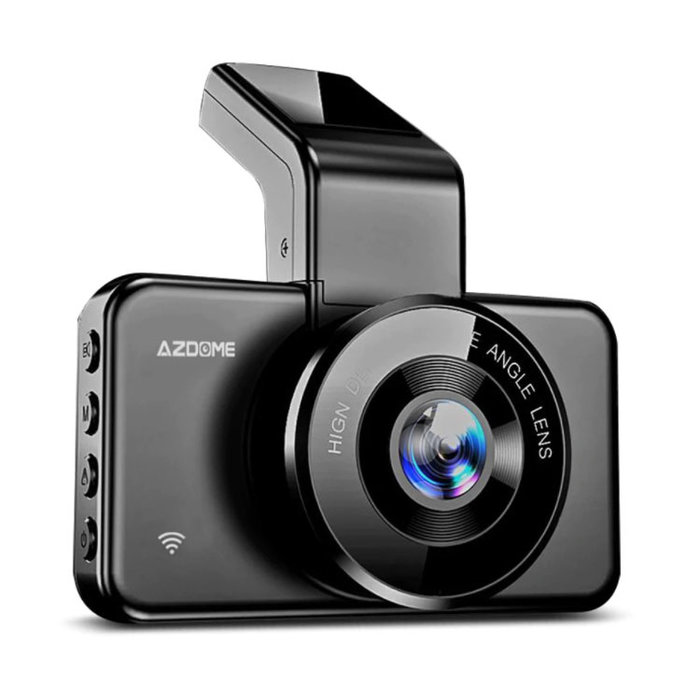 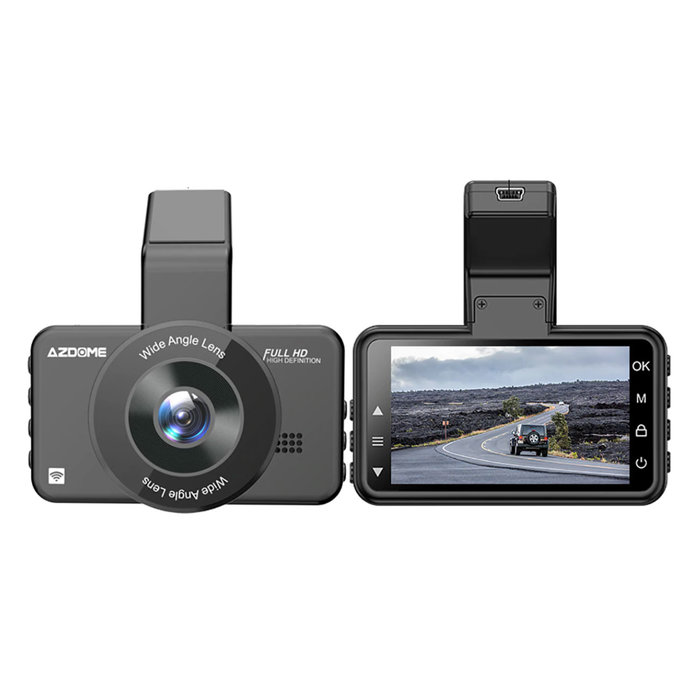 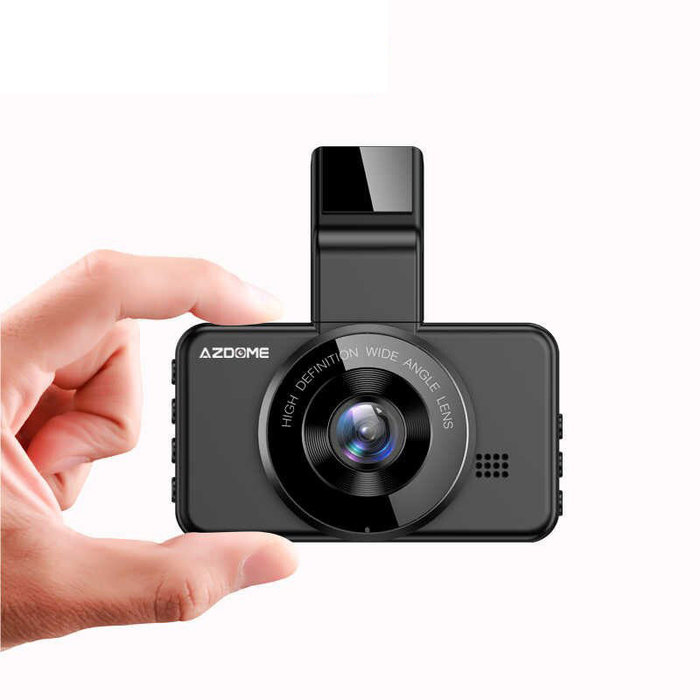 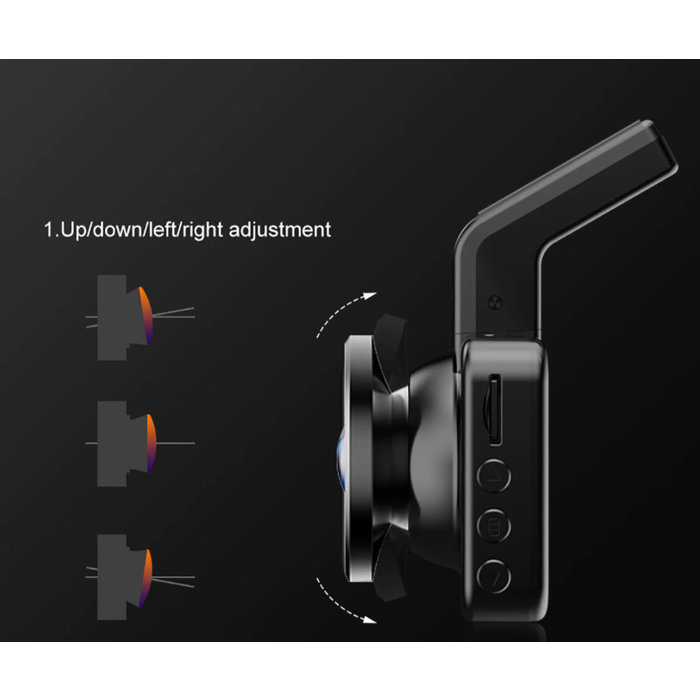 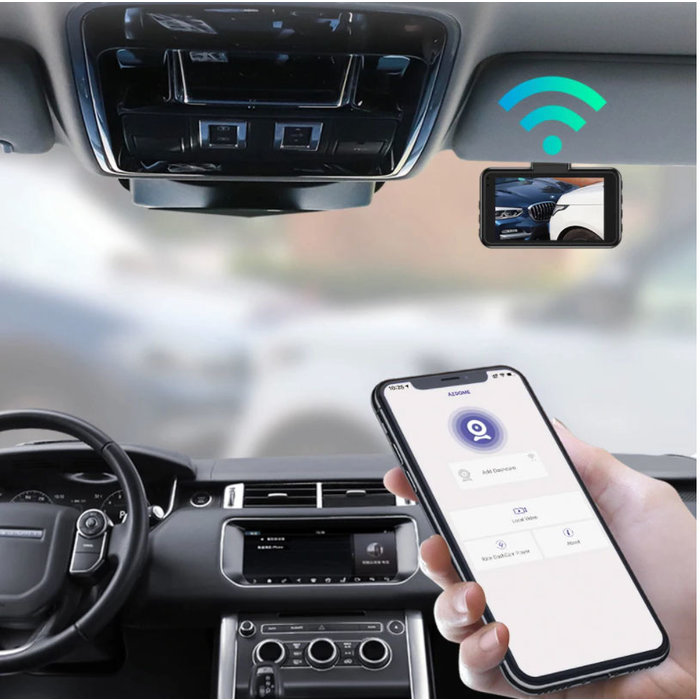 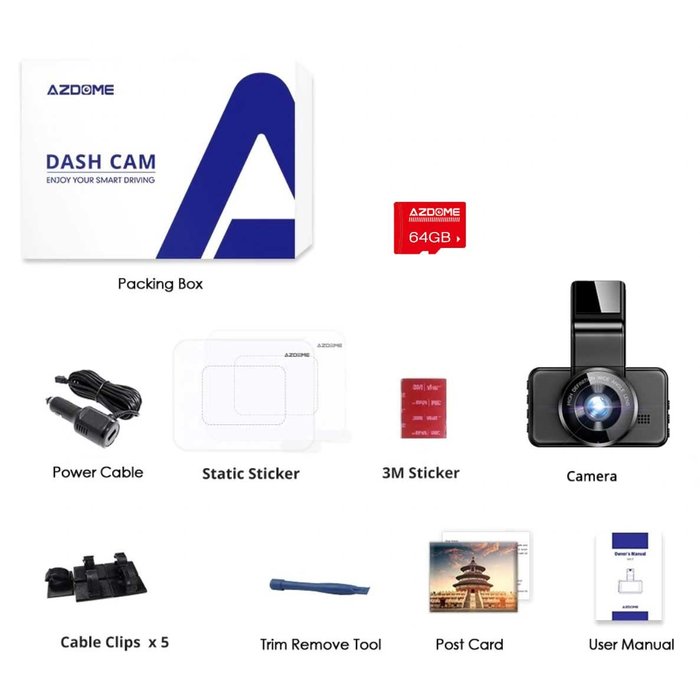 The AZDome M17 Wifi is a 1296p dashcam with Wifi and a reliable Super capacitor battery. Due to the WDR Night vision, the image quality of this AZDome M17 Wifi is very good both during the day and at night. The Wifi also makes the images easy to view and it comes with a 64gb Micro SD card, good for about 16 hours of FullHD recordings.

The AZDome M17 Wifi films with sharp 1080p resolution in 30fps by using the 2.0MP CMOS sensor. Many details such as license plates and persons are therefore recognizable in the image. The camera can also be set to 720p 60fps or 30fps. The images of the M17 Wifi are also in the dark of above average quality.

With this AZDome M17 Wifi it is possible to make Time Lapse recordings in addition to normal videos. In Time Lapse, the camera takes a picture every second, which is then played back as a standard 30fps video. The video is accelerated and this function is therefore ideal for recording longer routes, for example on vacation.

The AZDome M17 Wifi is equipped with an Advanced Driver Assistant System (ADAS). This system consists of three separate options;

This AZDome M17 has no built-in battery but a much more reliable Super capacitor battery. A Super capacitor is more resistant to temperature changes and is also a lot more durable so the life span is much longer. Please note that a dashcam with Super capacitor can not be used without power supply and the dashcam shuts down immediately when the power is interrupted.

This AZDome M17 Wifi is equipped with wifi. This allows all images to be easily viewed via smartphone. The Wifi has a range of about 10 meters. The AZDome App is available for iOS (Apple) and Android phones and tablets. Via the app, the images can be viewed and downloaded so that the SD card no longer needs to be removed from the camera.

The AZDome M17 Wifi supports MicroSD cards up to 128gb, which allows for 32 hours of FullHD filming. It comes with a 64gb Micro SD card.

The AZDome M17 is attached to the window using a sturdy holder with double-sided sticker. The dashcam can easily be clicked in and out of the holder so you can easily remove it from the car.

The bright 2.45 inch OLED LCD screen makes setting up the functions dead easy. The screen of course also shows exactly what is being filmed, so you can set the dashcam. The IPS technology makes the screen visible from different angles. IPS (In Plane Switching is a special variant of the LCD screen where the visibility of the screen from all angles is optimal.

This M17 Wifi has a wide-angle lens of 150 degrees. This allows a very large area to be seen, not only in front of the car but also in the surrounding area.

With the built-in G-sensor, the dashcam notices when you have had an accident. On impact, images are automatically stored securely so they are not lost. They can not be overwritten or deleted via the dashcam.

The M17 Wifi has a convenient parking mode feature to secure the car when parked. In parking mode, the camera automatically starts filming when a movement or vibration is detected. In that case, it saves 10 seconds before and 20 seconds after that event.
Please note that use in parking mode requires a continuous power supply MiniUSB to provide power to the camera when the ignition is turned off. This continuous power supply also ensures that the car's battery does not run out due to the built-in protection.

The M17 Wifi has not only the ability to film but also the option to take photos in 12 megapixels. Useful, for example, to record the damage after an accident.

The AZDome M17 Wifi has a built-in microphone so that sound is also recorded. The microphone can also be turned off if desired.

The current time and date are always displayed on screen so that it can later be shown at what time the relevant recordings were made.

This AZDome dashcam comes with a handy Dual USB cigarette plug and separate power cable. In the plug there are two USB ports, one of which is used to power the dashcam. The other USB port can be used for charging other devices such as your cell phone.