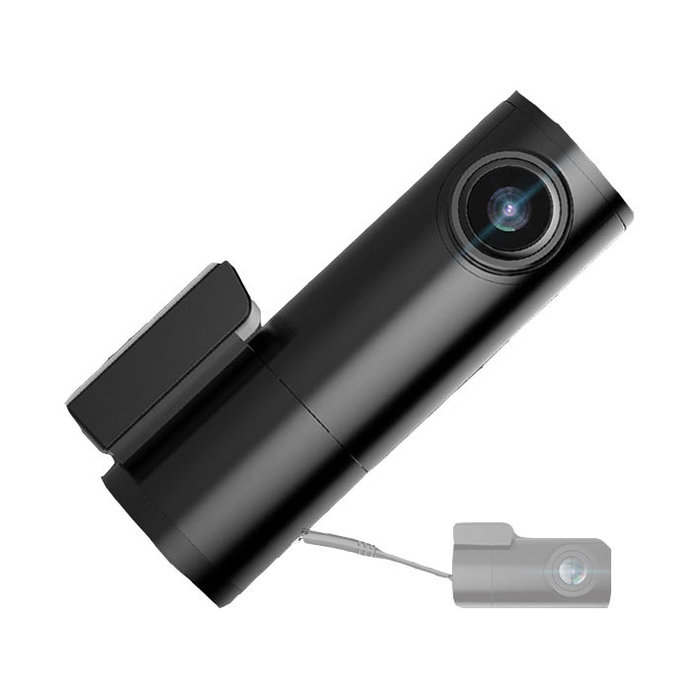 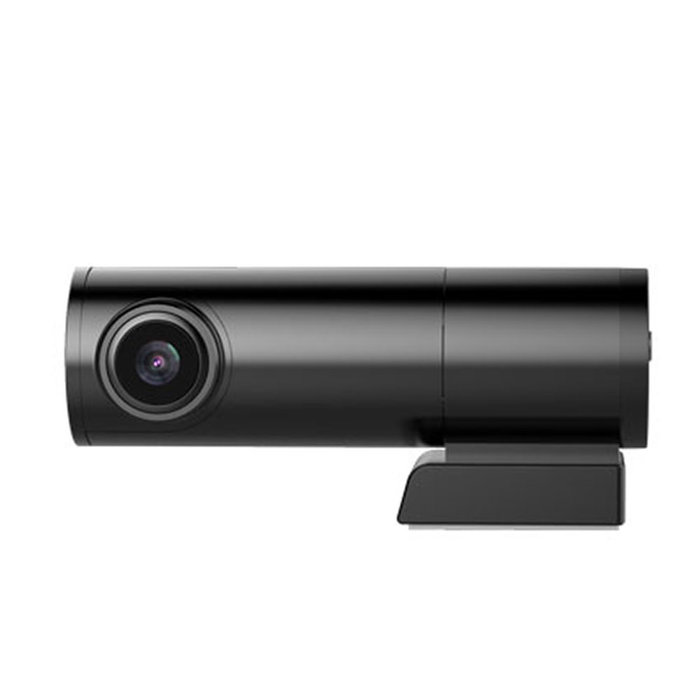 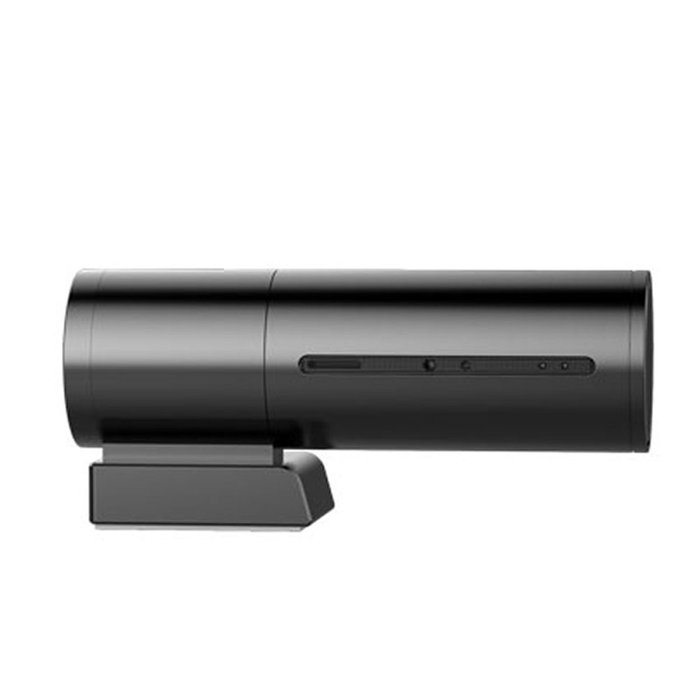 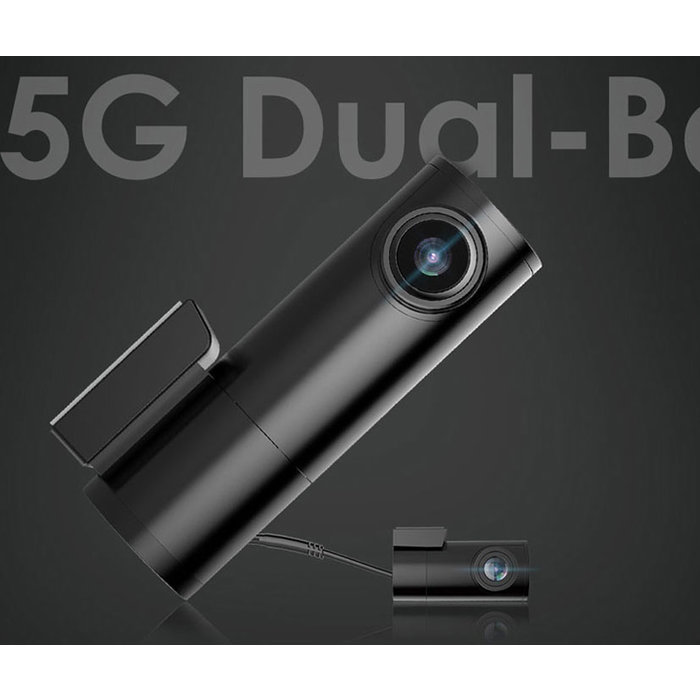 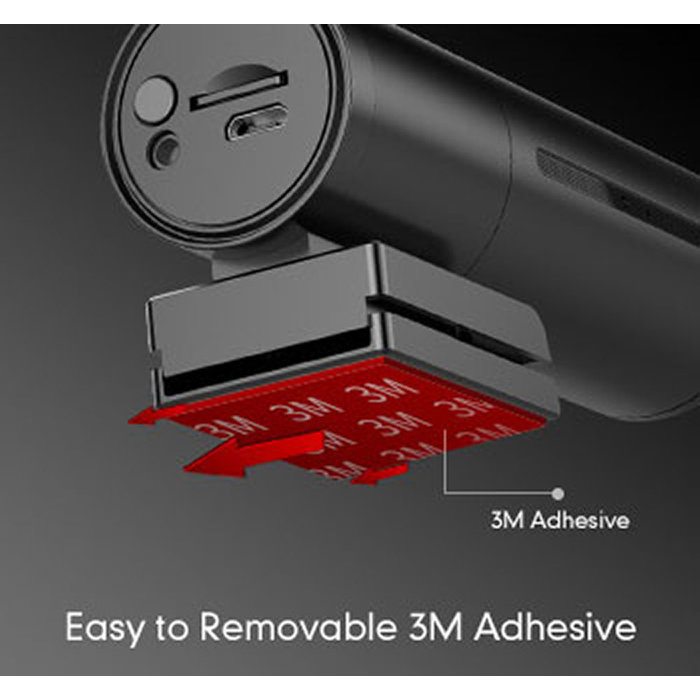 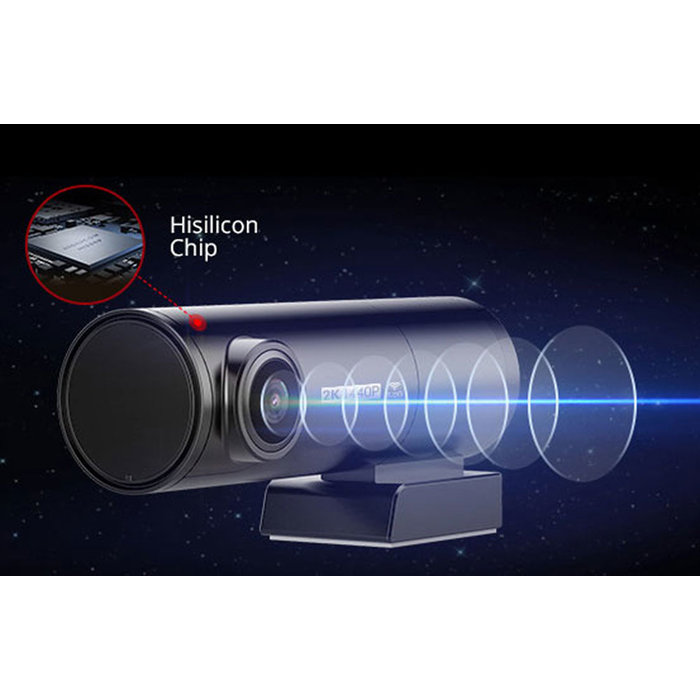 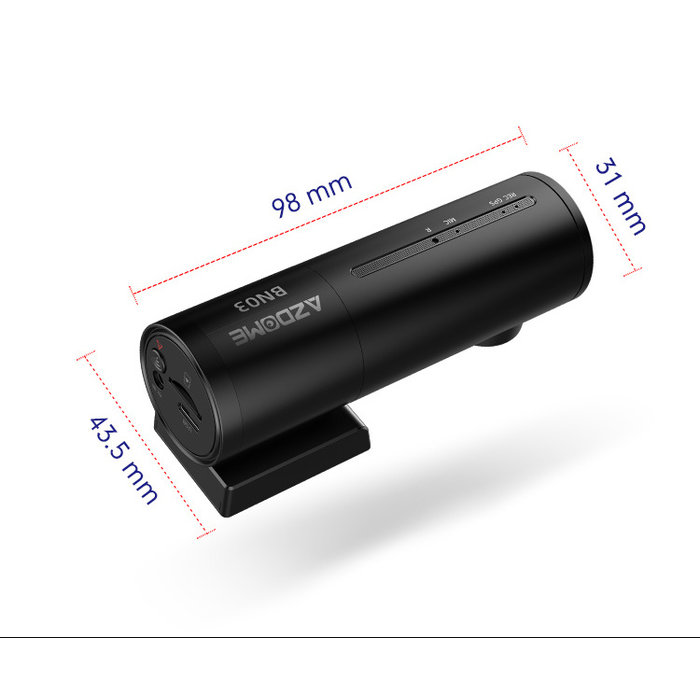 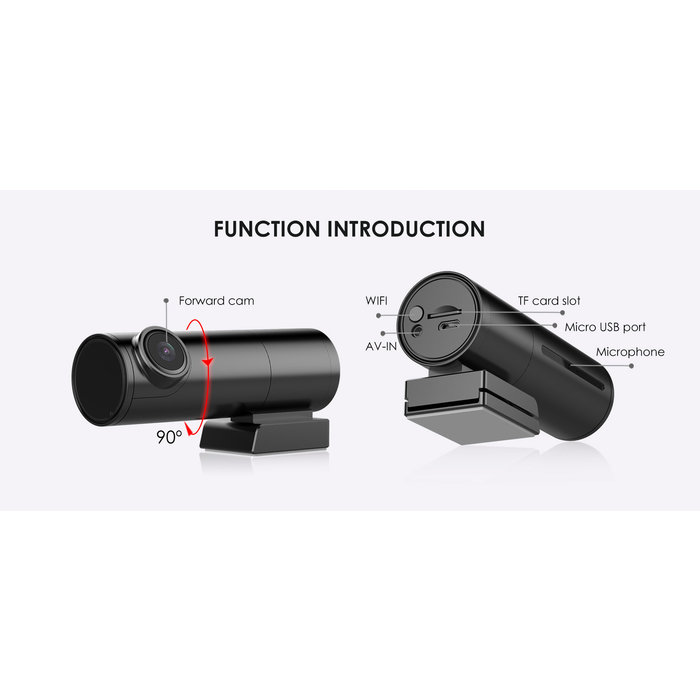 The AZDome BN03 is the latest cylindrical dashcam model from AZDome with all the functions you could wish for. Wifi, GPS, Automatic Time Lapse parking mode and Night vision with the Sony Starvis image sensor. Everything is packed in this very stylish dash cam that can be easily mounted behind the rear view mirror in any car.

The AZDome BN03 QuadHD Wifi GPS films with very high-quality QuadHD 1440p resolution in 30fps and delivers outstanding performance, especially in the dark. The 3 Megapixel Sony Starvis sensor in this dashcam guarantees crystal clear videos, even at night. The resolution of the dashcam can also be set lower at 1080p 30fps.

The BN03 Wifi GPS is equipped with 2.4 and 5.0 GHz Dual-Band Wifi allowing for all videos to be easily viewed and downloaded on any Android or iOS phone. The WiFi has a range of about 10 meters. The AZDome App is available for iOS (Apple) and Android phones and tablets. The images can be viewed and downloaded via the app so that the SD card no longer has to be removed from the camera.

The BN03 QuadHD Wifi GPS has a handy automatic Time Lapse parking mode function to protect the car when it's parked. In this Time Lapse mode, the camera takes a picture every second and later plays it back as a video. Due to the Time Lapse mode the videos do not take up too much space and can therefore be recorded for a very long time without the SD card becoming full. In combination with the Continuous power supply, the parking position switches on automatically when the car's ignition is switched off and normal recording resumes when the car is started.

Note: The AZDome Hardwire kit Micro USB is required to use the automatic parking mode, the parking mode cannot be switched on and off manually.

This BN03 Wifi GPS can be expanded with the high-quality AZDome BN03 rear cam with IMX307 sensor. This rear camera is mounted on the rear window of the car and records in FullHD 1080p 30fps. The rear camera is connected to the front dashcam with a long cable (6 meters). No additional power supply is required for the camera. The images from both cameras are stored separately on the Micro SD card in the front dashcam.

The BN03 rear camera is not waterproof and should therefore be mounted on the rear window inside the car. However, the AZDome BN03 can also be used with the waterproof AZDome FullHD rear camera.

The AZDome BN03 Wifi GPS has a built-in GPS module. Thanks to this GPS module, the speed can be displayed on screen and, in addition, the coordinates of the places where filming has been recorded. This means that the supplied software can be used later to see exactly where certain recordings were made.

The body of the BN03 Wifi GPS can be rotated 360 degrees and can therefore be aimed at any desired location.

The AZDome BN03 Wifi GPS comes with a 3M holder that is attached to the window with the 3M double-sided sticker. The camera can be taken out of the holder in one sliding movement and can therefore be easily be taken out of the car when you don't want to leave it in while being parked.

This AZDome BN03 Wifi GPS saves the super sharp video images on the SD card with the latest H.265 HEVC (High Efficiency Video Coding). In short, this means that the dashcam uses less memory than other FullHD dashcams while the quality is better. The files are therefore of the best quality but do not take up too much memory on the MicroSD card.

The AZDome BN03 QuadHD Wifi GPS supports MicroSD cards up to 128gb, which can be used to film around 24 hours in FullHD.

This BN03 QuadHD Wifi GPS has a wide-angle lens of 140 degrees at the front. The optional rear camera also has a viewing angle of 140 degrees.

Thanks to the built-in G-sensor, the dashcam notices when you've had an accident. In case of an impact, the current video is safely stored so that it cannot be erased by the automatic Loop recording.

The AZDome BN03 QuadHD Wifi GPS has a built-in microphone so that sound is also recorded. The microphone can be turned off if desired.

The current time and date are shown in the lower left corner of every video.

This AZDome dashcam comes with a handy Dual USB cigarette power. The plug has an extra USB port that can be used to charge other devices such as your mobile phone.