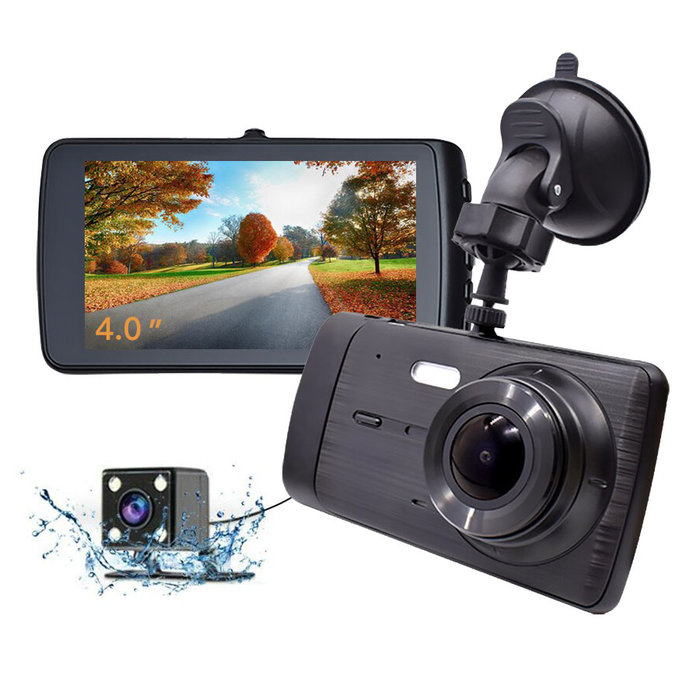 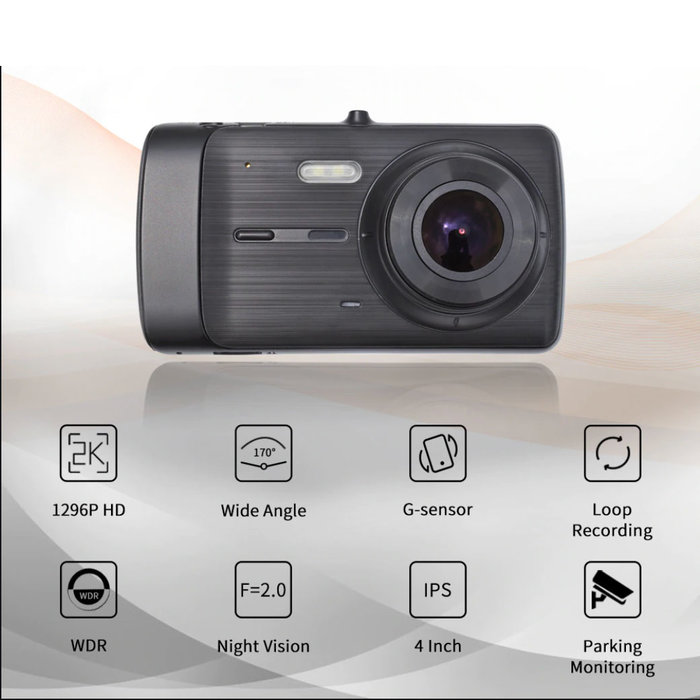 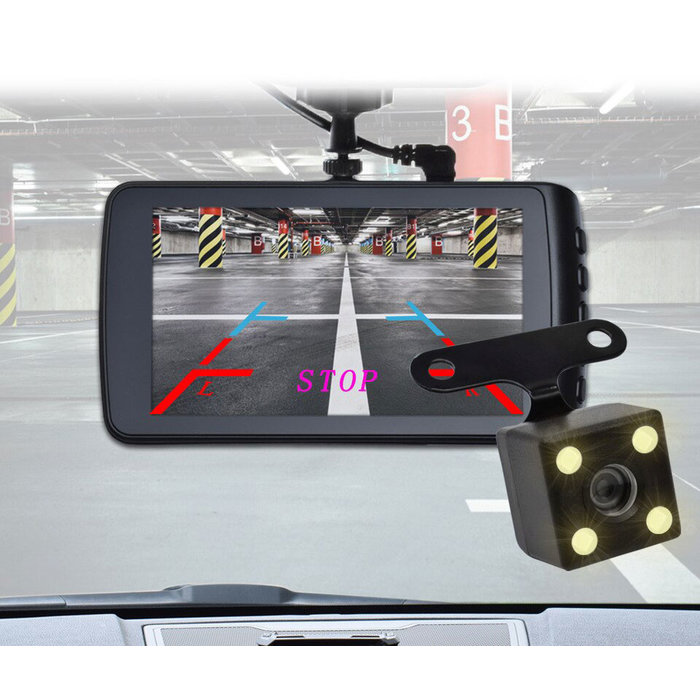 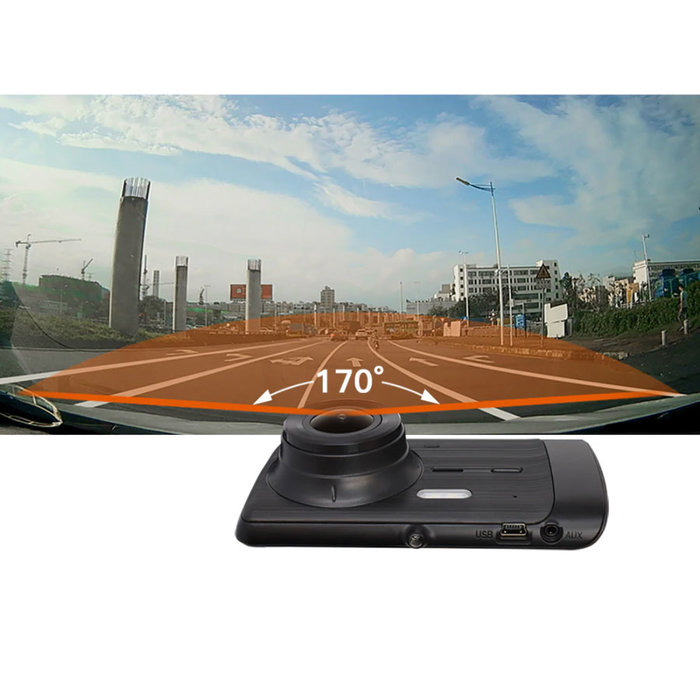 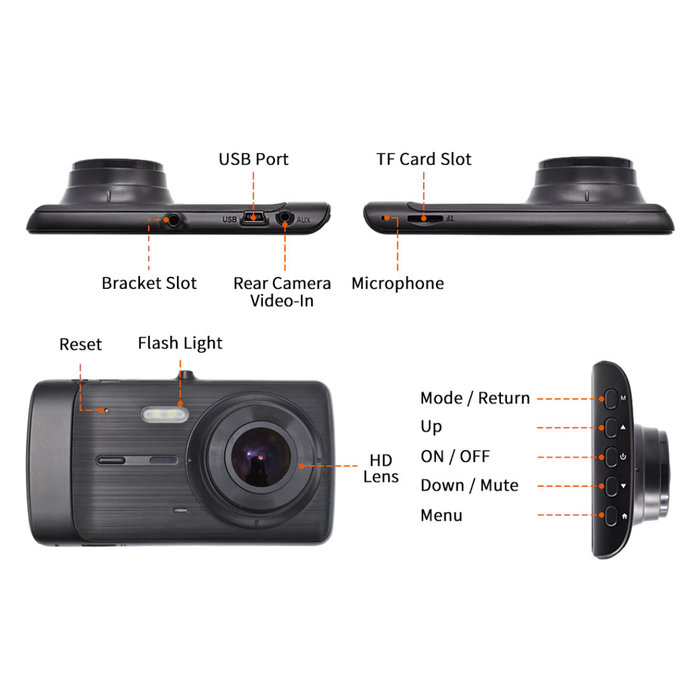 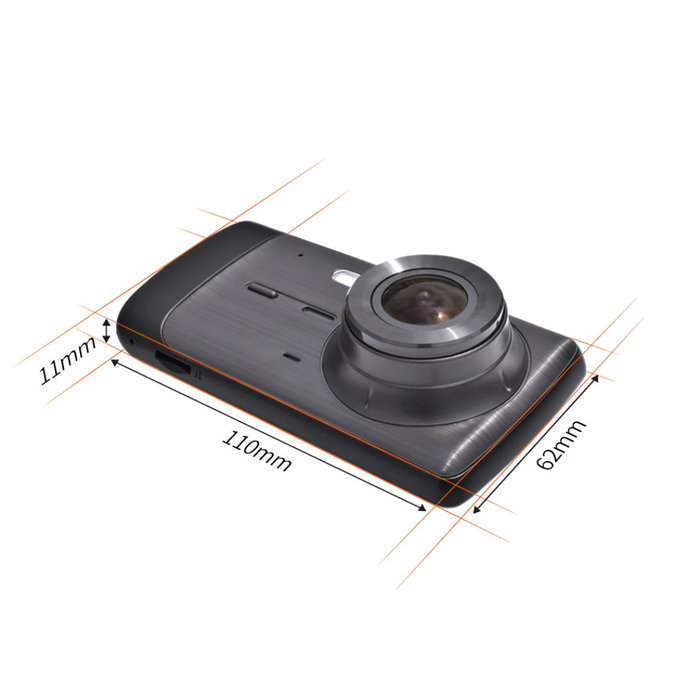 The Dashcam X4 Touch is a beautiful 2CH camera with a very convenient large 4.0" LCD Touchscreen display. The camera films with two cameras and therefore records almost everything around the car. The front camera films with sharp 1296p resolution, the rear camera is a VGA camera. The Dashcam X4 Touch is also equipped with a parking mode to secure the car and has a built-in G-sensor, speaker, microphone and a viewing angle of 170˚ at the front and 110˚ at the rear.

This Dashcam X4 Touch has two cameras that can record images simultaneously. The included external camera can be attached to the rear window so that even behind the car is filmed. The inconspicuous small external camera films with VGA resolution and is also equipped with LEDs for better visibility in the dark when reversing (must be connected separately, connection cable is included). The images of the rear camera are also shown on the 4" Touchscreen. The camera comes with a 6 meter long cable to mount the small bumper camera in any desired location.

The large 4.0 inch Touchscreen LCD on the X4 Touch Dashcam is very user friendly and easy to operate. The images of the rear camera through PIP (Picture in Picture) displayed in the image. Also, of course, the menu settings on the screen can be changed.

The 170-degree wide angle lens on this Dashcam X4 Touch dashcam has a very wide range and a large part is filmed from the car. The rear camera has a viewing angle of 110 degrees.

This X4 Touch dashcam has a built-in speaker and microphone. Sound is thus recorded by the camera and can also be played through the camera.