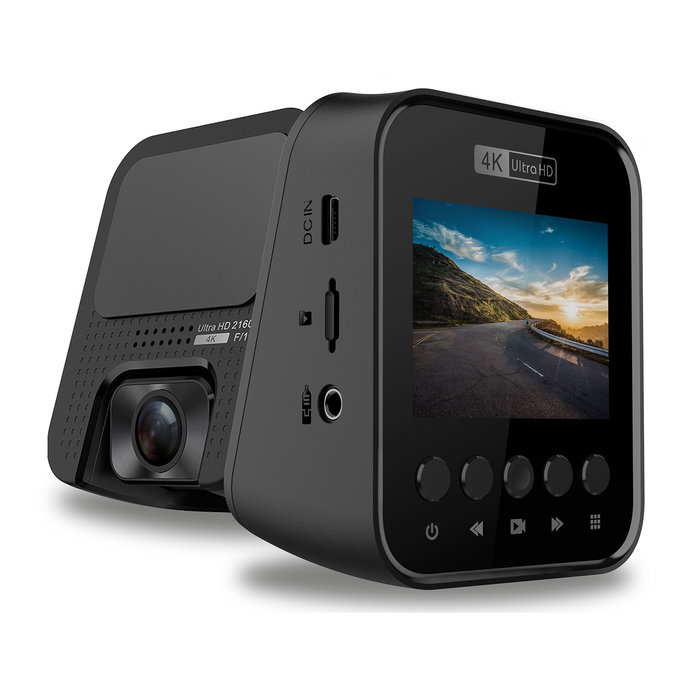 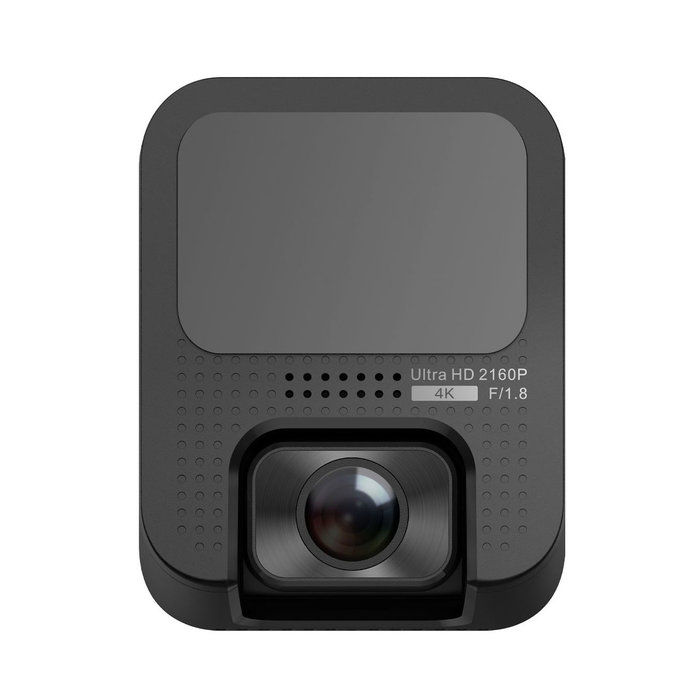 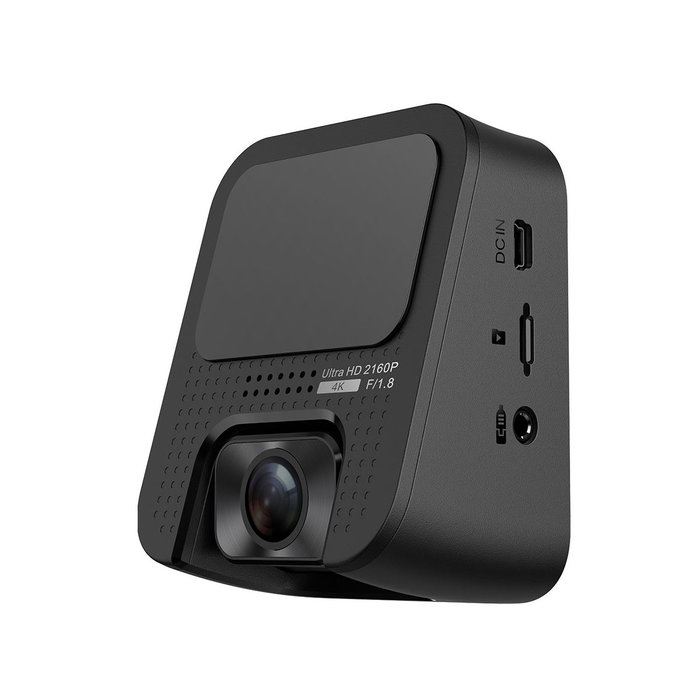 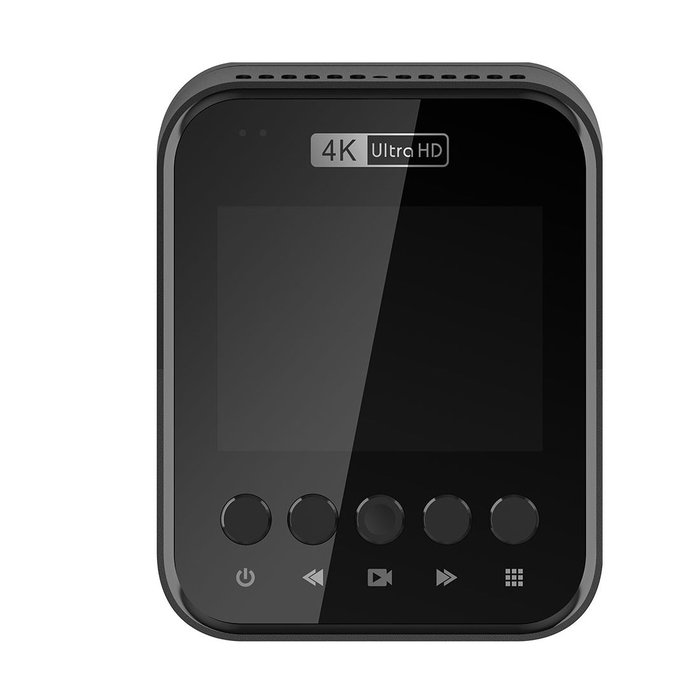 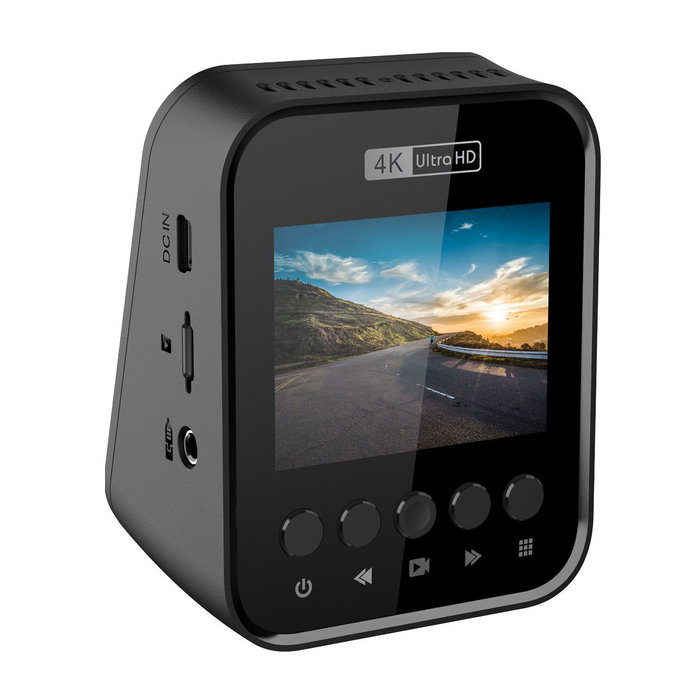 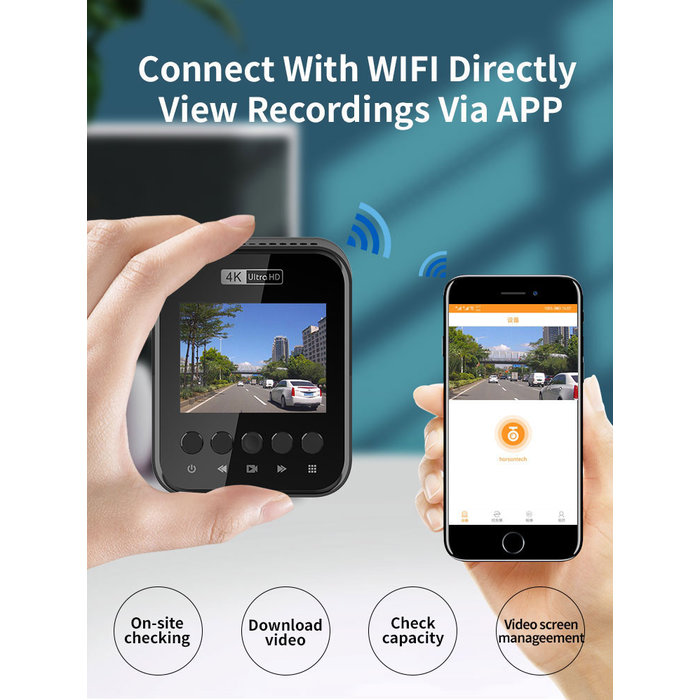 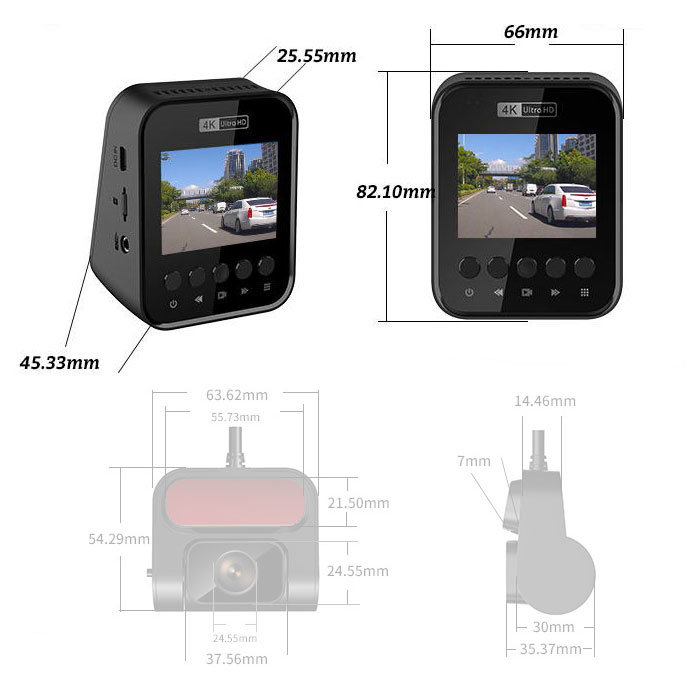 The T810 4K Ultra HD 1CH is one of the most affordable dashcams with True 4K resolution (3840p*2160p). Due to the Sony Starvis IMX415 Night vision image sensor, the image quality in the dark is also excellent. It is equipped with Wifi and GPS and with these excellent specifications, the value for money is unmatched. The wide viewing angle of no less than 170 degrees means that a very large area around the car is recorded.

This T810 4K Ultra HD 1CH records videos with True 4K resolution, which is four times as much as FullHD recordings. Despite the super image quality, the data consumption remains limited by the latest H.265 compression technology. The MicroSD card is therefore not burdened more than with dashcams with lesser image quality. The image sensor is the Sony IMX415, which is known for its excellent performance in the dark.

The T810 4K Ultra HD 1CH stores the super clear video images on the SD card with the latest H.265 HEVC (High Efficiency Video Coding). In short, this means that the T810 4K Ultra HD 1CH uses less memory than other FullHD dashcams. The files are therefore of the best quality but do not take up too much memory on the MicroSD card.

Because the T810 4K Ultra HD 1CH is equipped with Wi-Fi, all images can easily be viewed via the smartphone. The Wifi has a range of about 10 meters. The LuckyCam App is available for iOS (Apple) and Android phones and tablets. Through the app, the images can be viewed and downloaded so that the SD card from the camera no longer needs to be removed.

The T810 4K Ultra HD 1CH has a built-in GPS module. This GPS module allows the speed to be displayed in the image and also keeps track of the coordinates of the places where the camera has been filmed. This makes it possible to check later with the supplied software exactly where certain recordings were made.

The T810 4K Ultra HD 1CH supports MicroSD cards up to 128 GB, allowing up to 12 hours of filming in 4K. When the SD card is full, the oldest files are automatically deleted so that the camera can continue to film.

Note: The manual states a maximum capacity of 256gb. We tried the dashcam with multiple 256gb cards but the operation was not optimal.

The T810 4K Ultra HD 1CH is equipped with a super capacitor battery. This battery ensures that the camera can shut down properly after a power outage. Super capacitor batteries are specially designed for use in dashcams because they are more durable than regular Polymer Li-ion batteries and also more resistant to high and low temperatures. Please note that by using a super capacitor, the dashcam can NOT be used without a power source and will immediately shut down when the power is cut off.

By the WDR (Wide Dynamic Range) technology is the camera able to generate sharp images at very high and very low light intensity. This allows the camera to record razor-sharp images both during the day in high light and at night in low light.

The large 2.3 inch LCD screen on the T810 4K Ultra HD 1CH makes setting the functions dead easy. The screen of course also shows exactly what is being filmed, so you can set the dashcam. IPS (in-plane switching) is a technology that guarantees the best visibility of the screen, especially when looking from the side.

This T810 4K Ultra HD 1CH has a wide-angle lens of 170 degrees. This allows a very large area to be seen, not only in front of the car but also in the surrounding area.

The T810 4K Ultra HD 1CH is equipped with loop recording. This means that the camera continues to film when the SD card is full. The oldest fragments on the SD card are then removed and automatically overwritten for new images. The length of the fragments can be set to 3, 5 or 10 minutes.

The loop recording can also be switched off, in which case the camera takes one long shot. Please note that in this case the camera stops filming when the SD card is full.

The T810 4K Ultra HD 1CH automatically starts filming when the car is started. So you do not need to look after it anymore when it is hanging in the car. Condition is that it is connected to the power supply in the car.

The built-in G-sensor detects when you have an accident. On impact, images are automatically stored securely so they are not lost. They can not be overwritten or deleted via the dashcam.

The T810 4K Ultra HD 1CH has a convenient parking mode feature to secure the car when parked. In parking mode, the camera automatically starts filming when a movement or vibration is detected. In this case, it saves 10 seconds before and 20 seconds after that event.

The AZDome has the ability to not only film but also to take pictures in 18 megapixels. Useful, for example, to record the damage after an accident.

The T810 4K Ultra HD 1CH has a built-in microphone so that sound is also recorded. The microphone can also be turned off if desired.

The current time and date are always displayed on screen so that later it can be shown at what time the relevant recordings were made.