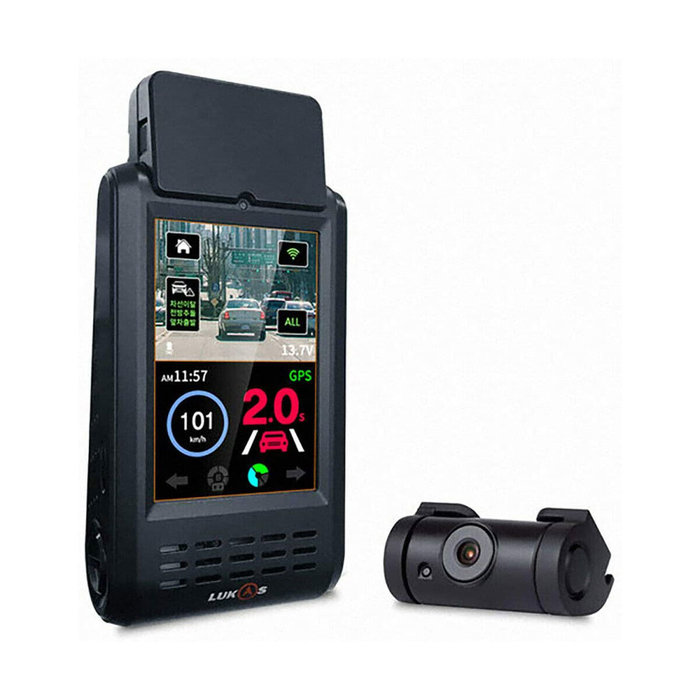 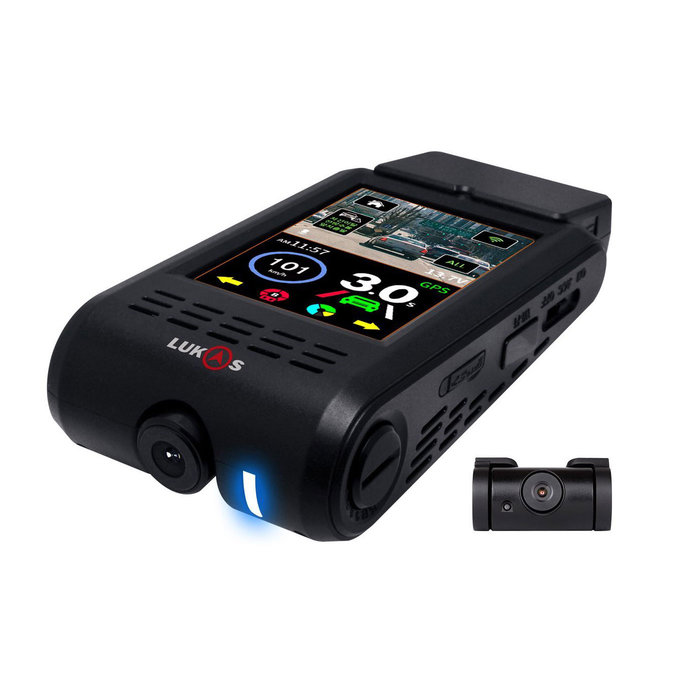 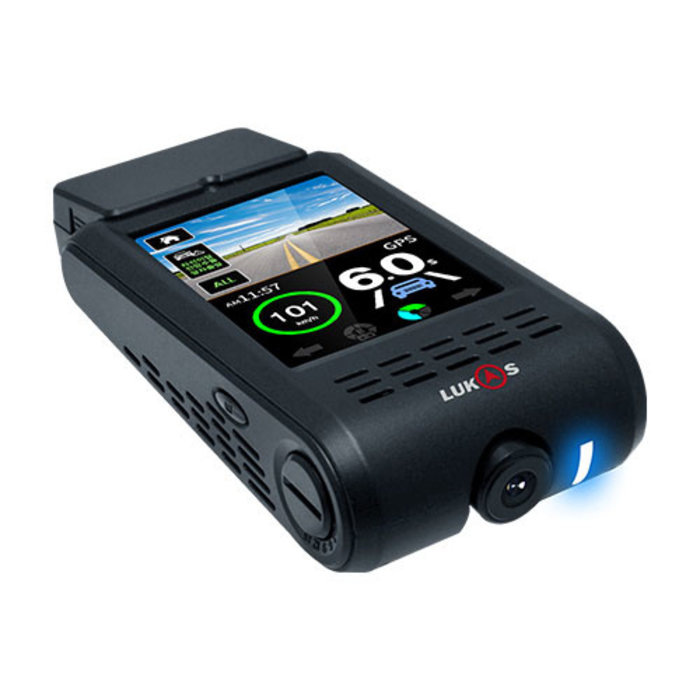 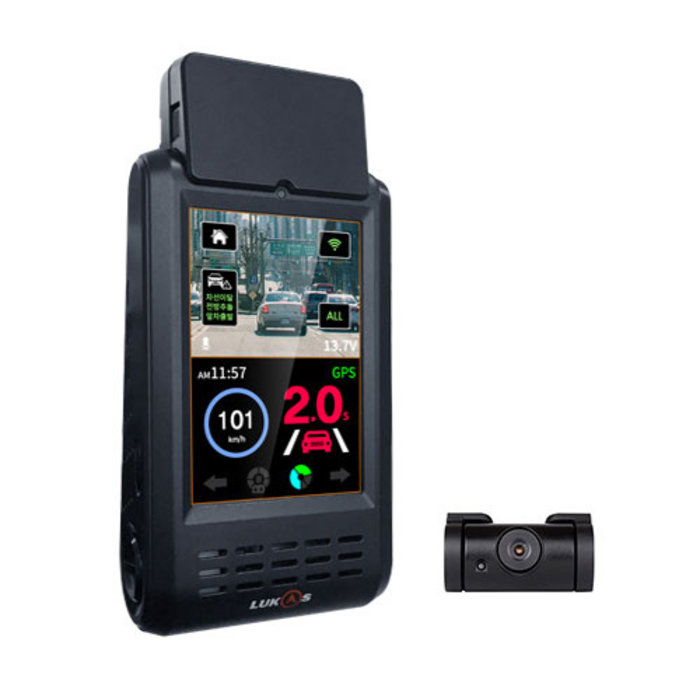 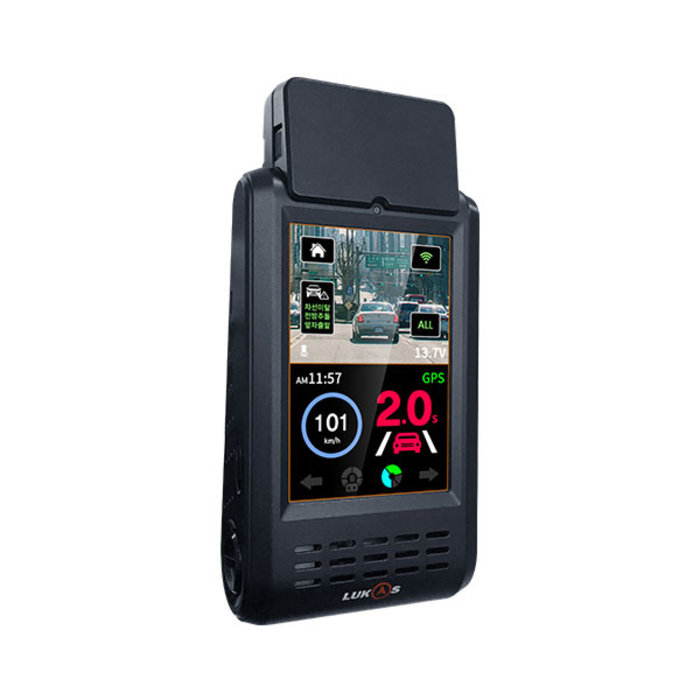 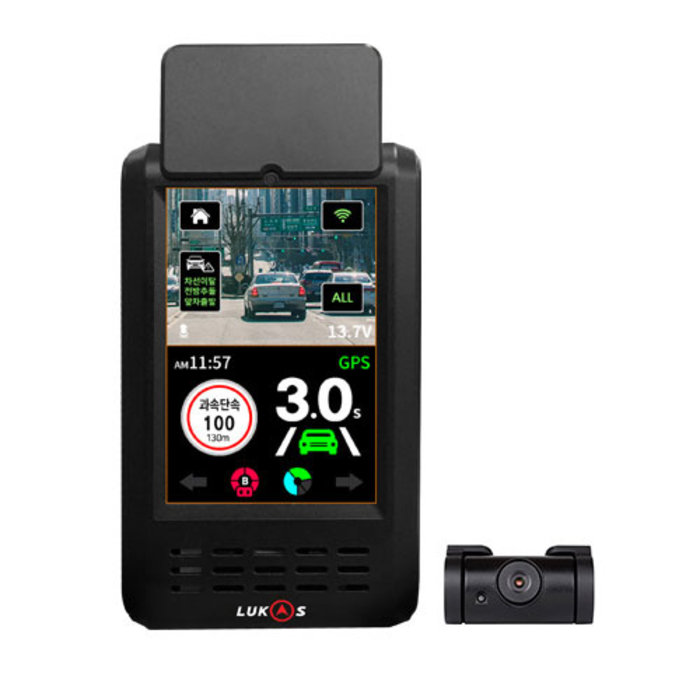 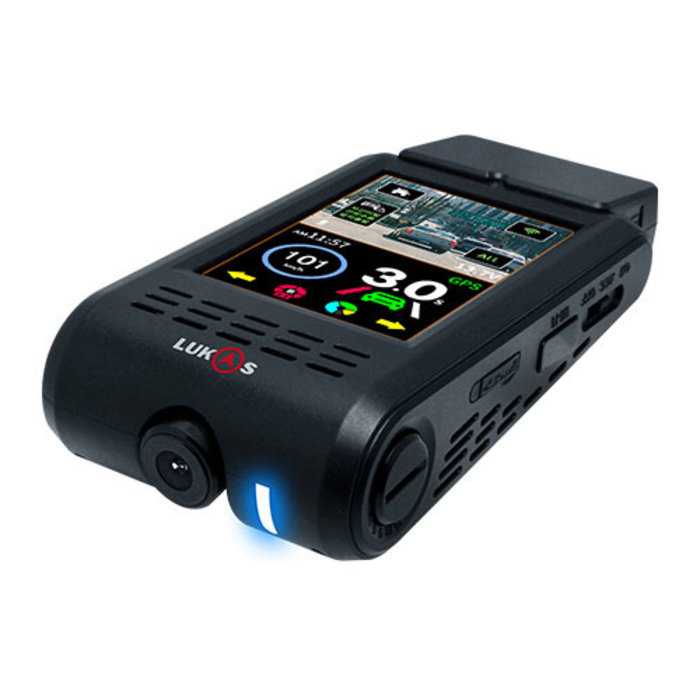 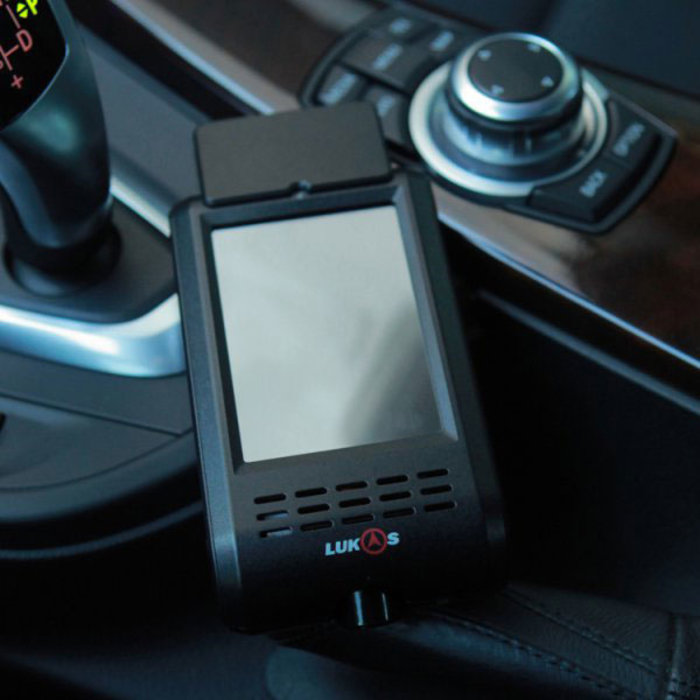 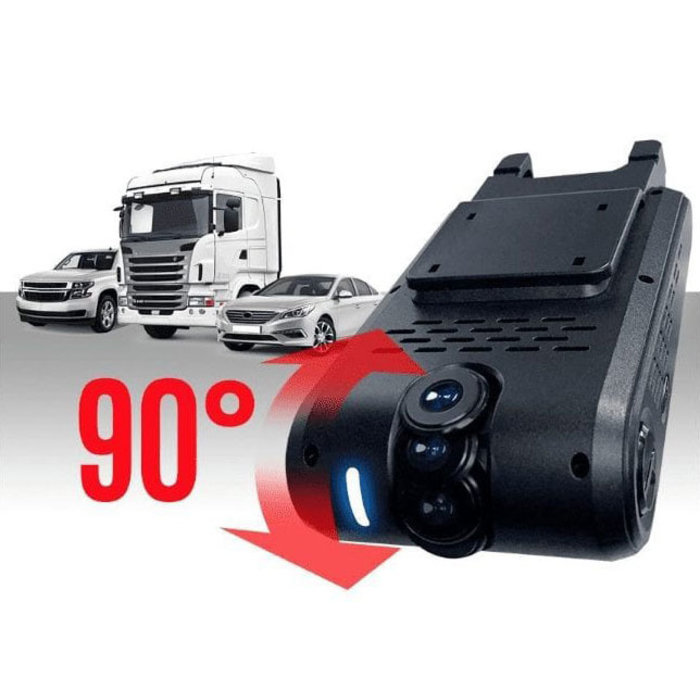 The LUKAS K900 QuadHD is a high-end dashcam with nearly all the features and capabilities you would expect from a dashcam. Clear QuadHD + FullHD image quality, Wifi, GPS and a touchscreen display make this LUKAS K900 QuadHD one of the most versatile dashcams. The ADAS 3.0 security also supports you as a driver in dangerous situations on the road

This high-quality LUKAS K900 records very sharp images in QuadHD + FullHD resolution. All details such as license plates are therefore well captured so you don't have to miss anything. The front camera has a 5.48MP Sony Starvis sensor with a viewing angle of 120˚ that also performs well in the dark. The rear camera has a 2.1 Sony Exmor sensor with a viewing angle of 125˚.

This LUKAS K900 QuadHD has a large and bright 3.5 inch touchscreen LCD screen. On the screen, all videos can be viewed live and recorded videos can be played back. Also, the LCD screen is convenient to use the menu settings to change. One press of a button can switch between the front and rear camera, also both cameras can be displayed simultaneously. This also makes the K900 QuadHD very useful as a rear view camera.

The updated and even more accurate ADAS 3.0 system on this LUKAS K900 QuadHD is a built-in "Advanced Driver Assistant System. This system supports the driver with warnings while driving in three ways:

FCWS: "Forward Collision Warning System. This system provides a warning when a vehicle ahead is approached at high speed. For example, the system alerts you when there is a traffic jam in front of the car. With a good GPS signal, the current speed is known and the camera can make a good estimate of the situation around the car

LDWS: "Lane Departure Warning System. When the car is in danger of changing lanes on the highway, the camera can give a signal.

FVSA: Forward Vehicle Start Alarm. Do you sometimes forget to pay attention when you are standing at a traffic light? This system gives a warning when a vehicle in front starts to move away, for example at a traffic light or in a traffic jam.

*The ADAS system works better in some locations than others depending on the type of roadway. We can therefore not guarantee perfect operation of the system and it is important to always continue to pay close attention while driving

The LUKAS K900 QuadHD is equipped with Wifi. With this Wifi can be connected via smartphone or tablet to the K900 QuadHD dashcam. The specially designed LUKAS app for iOS and Android provides seamless access to the dashcam to share all recorded videos directly with all your acquaintances. Through the Wifi, the dashcam settings can also be changed and stored recorded footage can be viewed. Another great benefit of the Wifi functionality in this dashcam is the automatic firmware update that can be performed.

Event recording: On impact, the built-in G-sensor is activated and the camera will make an event recording (indicated by a warning signal). The 10 seconds before the impact and 20 seconds after the impact are stored on the MicroSD secure and cannot be deleted by the camera.

Parking mode (motion detection): In parking mode, a 30-second fragment is stored on the regular SD card when a motion is detected. Again, the 10 seconds before and 20 seconds after the detection are saved.

Parking mode (Time lapse): In this mode, a picture is taken every second which can later be played back as a time lapse video. In this way, a 32gb SD card can store about 15 hours of video.

The design of the LUKAS K900 QuadHD allows it to be mounted very discreetly in almost any vehicle. Because it is placed at an angle on the window behind the interior mirror, the dashcam is barely visible to the driver and from the outside.

The LUKAS K900 QuadHD supports Micro SD cards up to 512gb, which is good for about 120 hours of videos. The K900 QuadHD comes standard with a 32gb MicroSD card. This Micro SD card is specially designed for use in LUKAS cameras. They can withstand many read and write cycles and can withstand large temperature changes. In addition, they are fast enough to handle the many data from QuadHD recordings.

The GPS built into the K900 QuadHD stores all the coordinates of the locations where it is. The GPS also displays the current speed on the screen.

The handy format-free function in this LUKAS K900 QuadHD dashcam means it is no longer necessary to format the Micro SD card. The software regulates the formatting itself so that the SD card continues to function perfectly.

The smart LUKAS K900 QuadHD dashcam has a built-in low voltage cut-off system. This system notifies the dashcam when the car battery is about to run out and in that case it immediately switches off the camera. The minimum voltage can be set to take into account the type of car and the season. With this built-in system, the K900 QuadHD can be used without worry to secure the car when parked.

The LUKAS K900 QuadHD has a security LED built into the front and rear camera. This can alert potential vandals that the car is being filmed with a dashcam. The LEDs can be turned on and off in the menu if desired.

Through the use of the best materials and the most careful assembly, the LUKAS K900 QuadHD can withstand extreme temperatures. The camera can function at temperatures between -20˚C and +60˚C