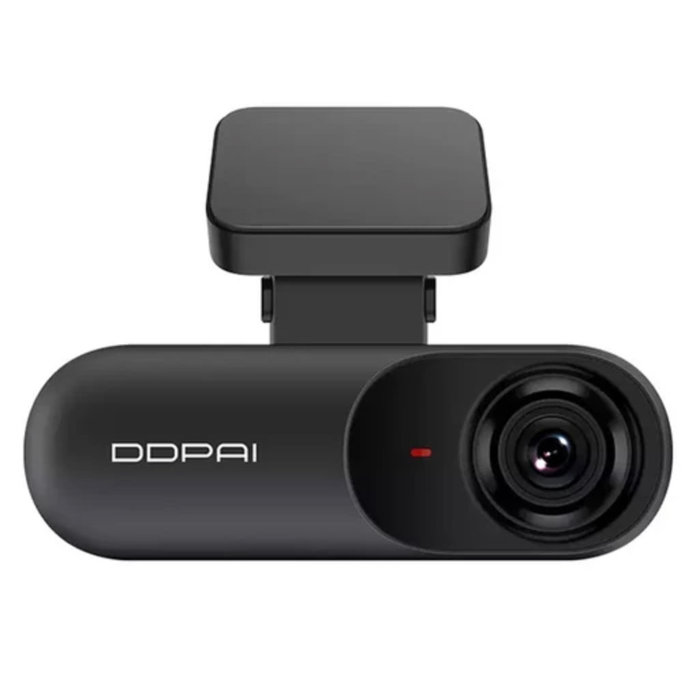 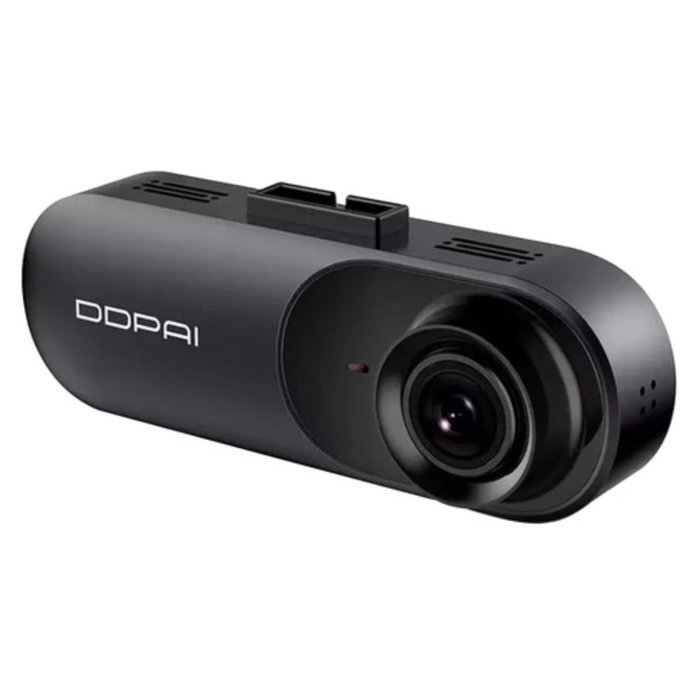 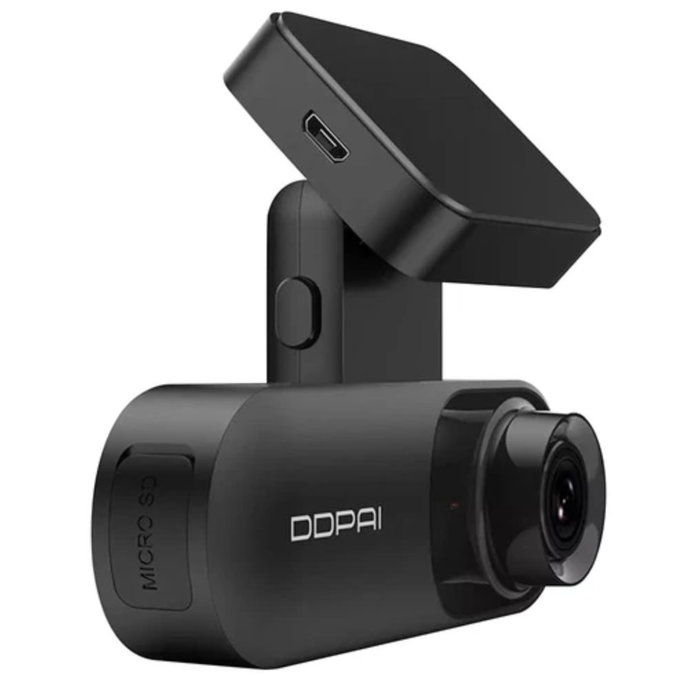 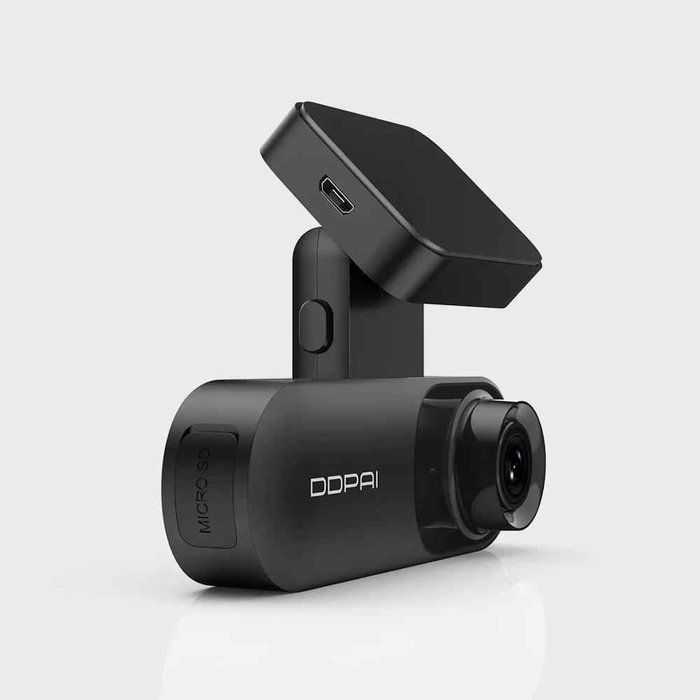 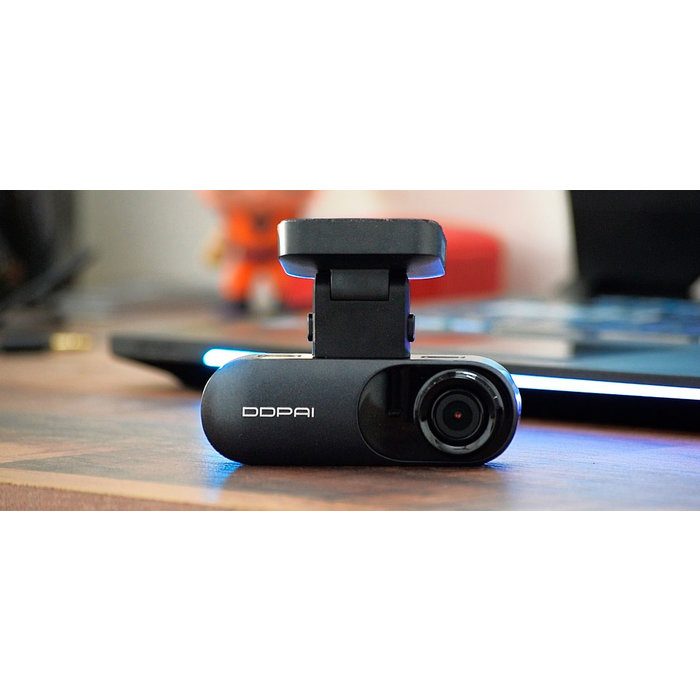 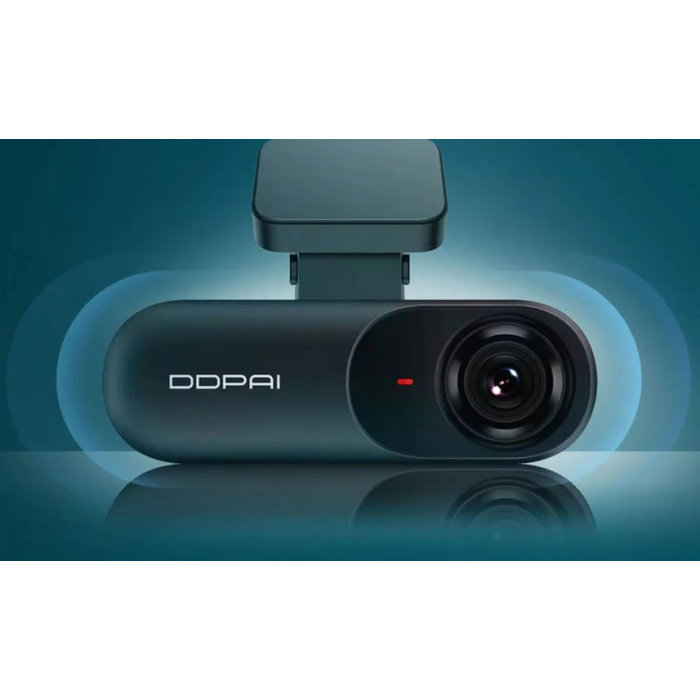 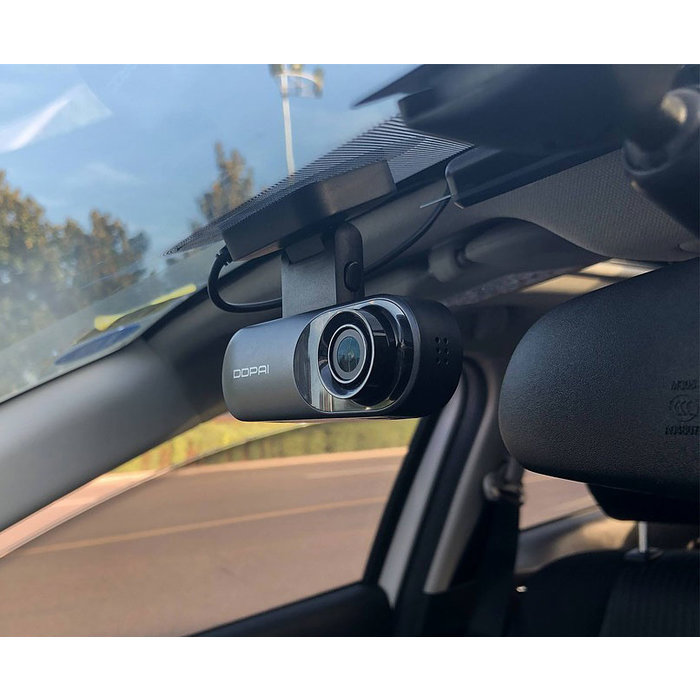 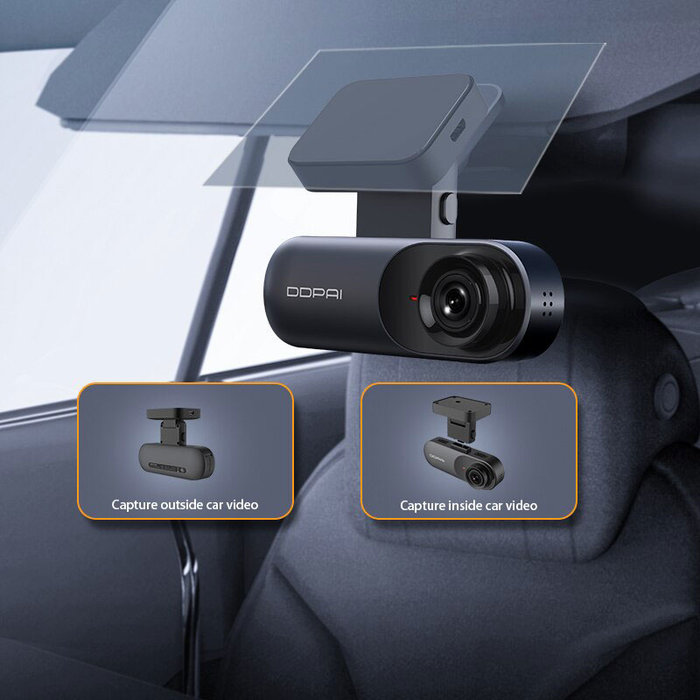 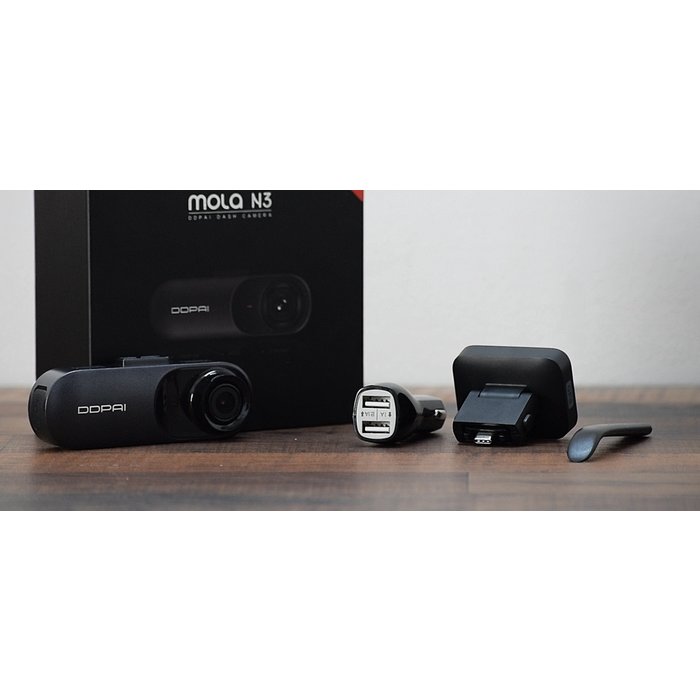 The image quality on this DDPai Mola N3 QuadHD Wifi GPS is very good due to the use of the high-quality 5.0MP image sensor. The resolution of the videos is 2688×1944p in 30fps. The image sensor also performs above average in dark conditions. The camera takes photos in 1600p.

This DDPai Mola N3 QuadHD Wifi GPS is equipped with Wifi and can therefore be used with the DDPai app. The user-friendly app is convenient to operate and can be used to view live or saved images and to change settings. Any firmware updates can also be conveniently performed via the App.

The DDPai Mola N3 QuadHD Wifi GPS has GPS built in, this saves the locations of the places where it was filmed and the current speed is displayed at the bottom of the screen. With the special software of DDPai the driven routes can also be viewed on the PC.

The DDPai Mola N3 QuadHD Wifi GPS has a handy automatic parking mode that can be used to secure the car when it is parked. The parking mode is automatically activated when no motion is detected for 15 minutes. The parking mode works with Time Lapse, which means that every second a picture is taken which can later be played back as accelerated video. The advantage of a parking mode with Time Lapse is that the recordings consume much less data and power than normal recordings. Moreover, persons and license plates are still recognizable in the image.

Note: The (automatic) parking mode works only in combination with the optional DDPai Continuous Power Supply Micro USB to power the dashcam when the ignition is turned off.

The DDPai Mola N3 QuadHD Wifi GPS is equipped with a super capacitor battery. This battery ensures that the camera can shut down properly after a power failure. Super capacitor batteries are specially designed for use in dashcams because they are more durable than regular Polymer Li-ion batteries and are also more resistant to high and low temperatures.

The ADAS system on this DDPai Mola N3 QuadHD Wifi GPS is a built-in Advanced Driver Assistant System. This system supports the driver while driving in three ways:

FCWS: 'Forward Collision Warning System'. This system gives a warning when a vehicle in front is approached at high speed. For example, the system alerts when there is a traffic jam in front of the car. With a good GPS signal, the current speed is known and the camera can make a good estimate of the situation around the car.

LDWS: "Lane Departure Warning System". When the car is about to change lanes on the highway, the camera can give a signal.

FVSA: Forward Vehicle Start Alarm. Do you sometimes forget to pay attention when you are standing at a traffic light? This system gives a warning when a vehicle in front starts to move, for example at a traffic light or in a traffic jam.

*Depending on the type of road, the ADAS system works better in some locations than on others. On narrow roads, for example, the LDWS system can issue an alert faster than on wide roads.

This Mola N3 QuadHD Wifi GPS has a wide-angle lens of 140 degrees. This allows a very large area to be observed, not only in front of the car but also in the surrounding area. The aspect ratio of 16:10 also makes the viewing angle even larger than other dashcams with a ratio of, for example, 3:4.

The DDPai Mola N3 QuadHD Wifi GPS supports MicroSD cards up to 128gb, good for over 16 hours of FullHD recordings.

With the built-in G-sensor, the dashcam notices when you have had an accident. On impact, images are automatically stored securely so they are not lost. They can not be overwritten or deleted via the dashcam.

The DDPai Mola N3 QuadHD Wifi GPS in combination with the DDPai Mola N3 continuous power supply has the option to set a voltage where the dashcam will switch off when the car battery drops below this voltage. The voltage can be set to 12.4V, 12.0V and 11.8V.

The DDPai Mola N3 QuadHD Wifi GPS has a built-in microphone so that sound is also recorded. The microphone can also be turned off if desired.

The current time and date are always displayed on screen so that later it can be shown at what time the respective recordings were made.