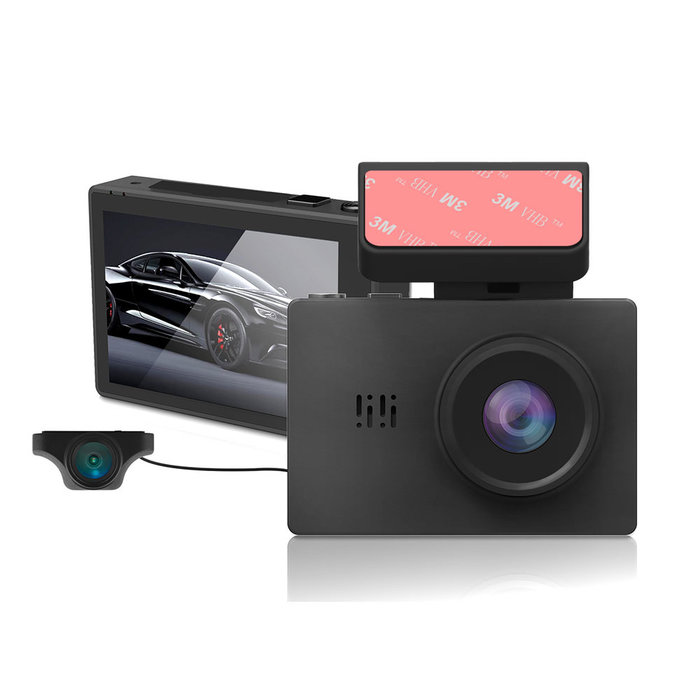 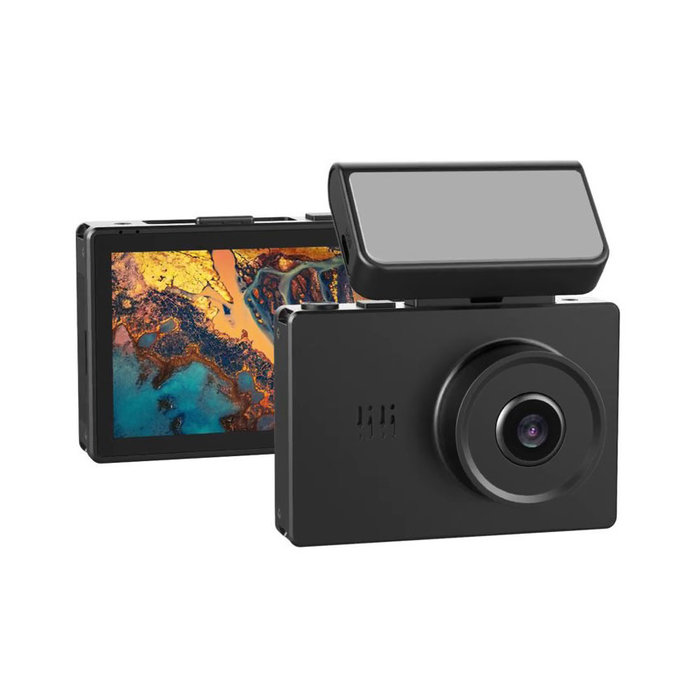 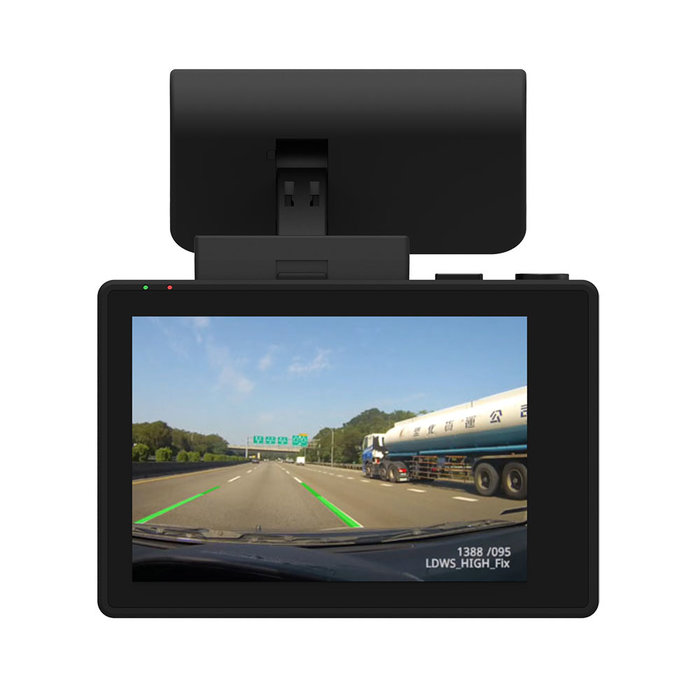 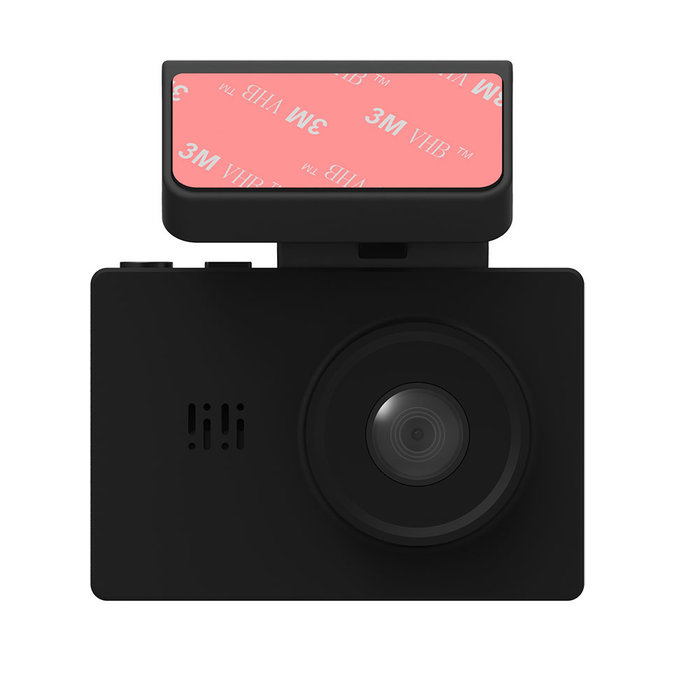 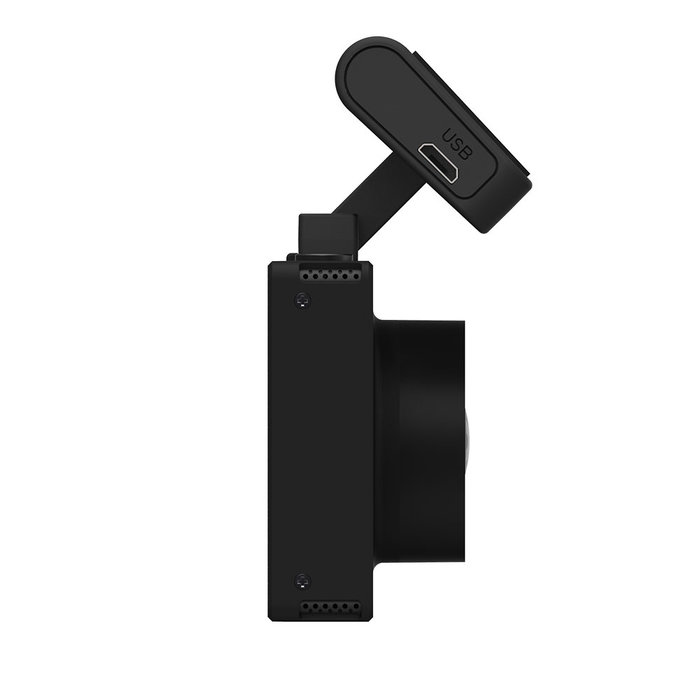 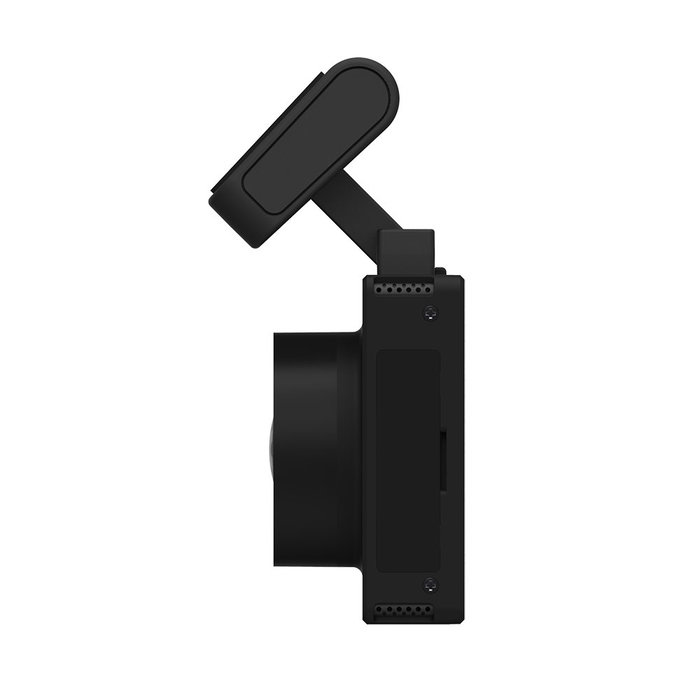 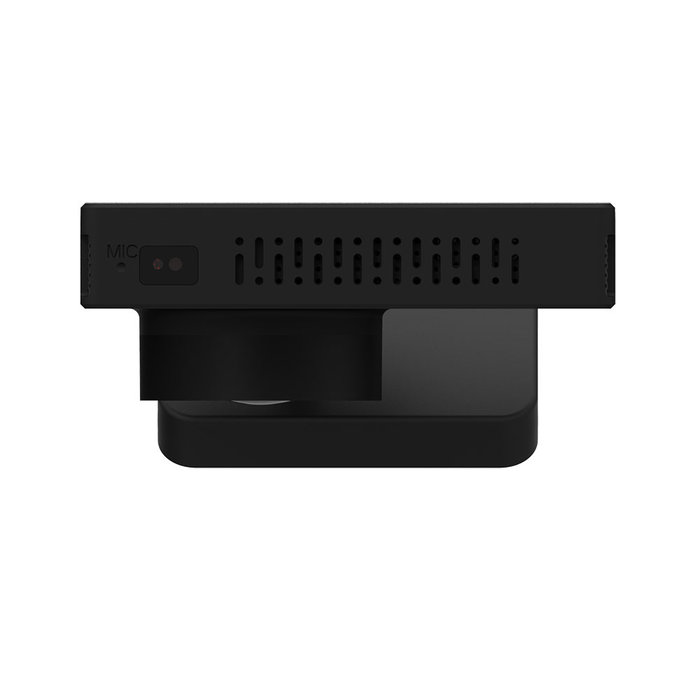 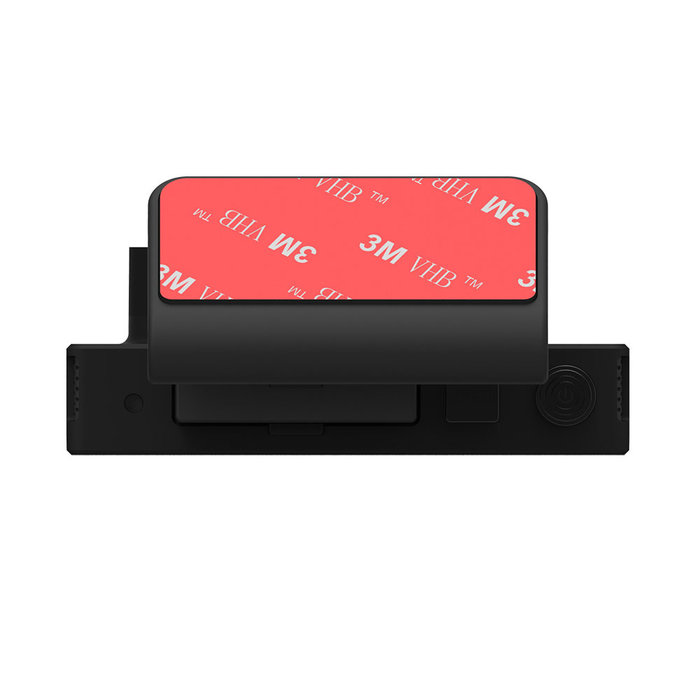 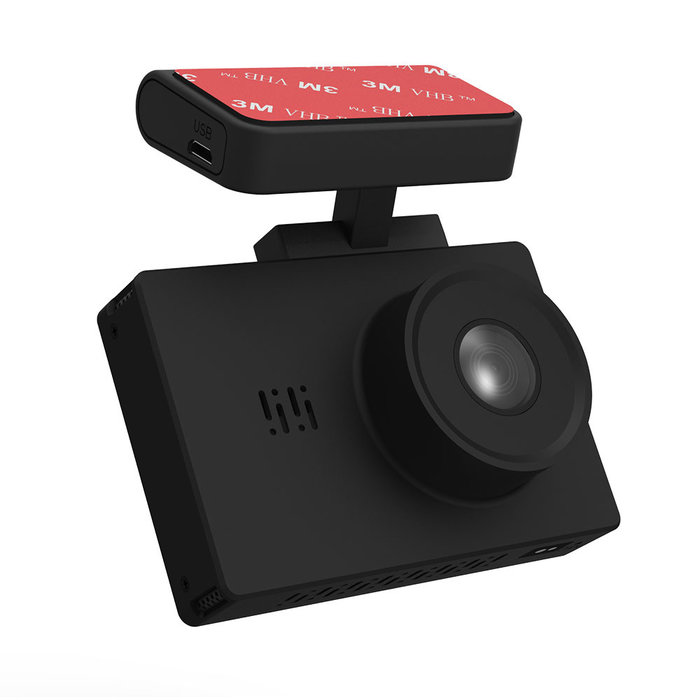 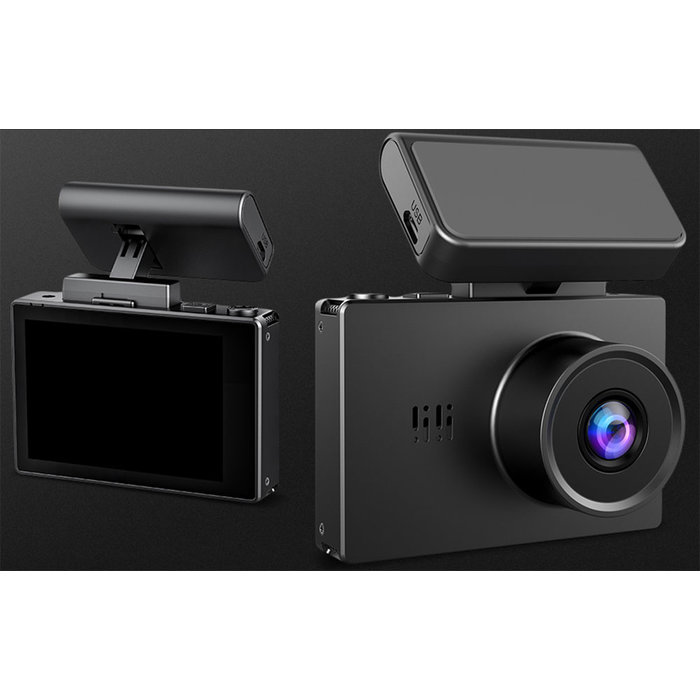 This Dashcam GT83 4K Wifi comes with a rear camera with a FullHD 1080p 30fps resolution and is IP68 water and dust proof. It has a 6 meter long cable that is connected to the front camera and trough which it sends its video data and gets its power. When the rear camera is attached, the camera will record in 1080p + 1080p at the front and rear.

The best part about this Dashcam GT83 4K Wifi is its big 3.0 inch OLED touch screen LCD. On this big and bright screen the menu is easily accessible and the videos can be seen in detail. The GT83 4K Wifi has an optional screensaver that activates after 3 minutes as to not distract the driver too much.

This Dashcam GT83 4K Wifi has built-in Wifi, enabling wireless video transferring between the camera and your iOS and Android phone or tablet. It uses the Luckycam app which is available for free in the Appstore and Google Play store.

Dashcam GT83 4K Wifi has an intuitive built-in 'Waving' SOS sensor at the bottom of the camera. One waving movement with your hand underneath the camera starts an emergency recording and makes a snapshot of the current situation. This makes for very safe and fast capturing of any critical moment.

This Dashcam GT83 4K Wifi has a built-in GPS receiver. The current speed is shown in every video and the coördinates are stored on the SD card. Using the available software for Windows and Mac the videos can be shown together with the locations and G-sensor activity. Dashcam Viewer is currently the most reliable and best tested software for this purpose.

The Dashcam GT83 4K Wifi has two types of parking mode that have to be manually activated. Note that for these functions to properly work the GT83 4K Wifi has to be powered with the Hardwire Kit (see accessories).

Motion
Activate the Motion Detection function in the menu and the camera will stay in stand-by mode. When a motion is detected, the GT83 4K Wifi will start a recording of 30 seconds and then go in stand-by mode again. Please note that this is a different recording type and is preferably only turned on during parking and turned off when normally driving.

Vibration
When Parking Mode is activated and the camera is turned off, it will boot up and start a recording when a vibration is detected.

This GT83 4K Wifi is placed on the windscreen with a firm adhesive mount that doubles as the GPS receiver. The camera is fitted in this mount with a durable magnetic connection. This clever design allows for a clean installation, great GPS reception and videos with little to no vibration. The mount stays on the windscreen and the dashcam can be easily clicked in and out of the mount with one movement.

This GT83 4K Wifi 2CH is able to make Time lapse videos. When Time lapse is activated, the dashcam will make a picture in a set interval. Later, these pictures are played like a video giving it a fast forward look. This type of recording is more suitable for longer journeys as you lose a lot of details on the way.

Dashcam GT83 4K Wifi has a small 200mAh built-in battery for safety reasons. The battery makes sure that the current recording can be saved on the SD card in case of a current power loss.

Note that it’s not the purpose of the battery to power the dashcam for a longer time, the battery doesn’t have enough capacity. Every dashcam should therefore always be connected to a power source in order to function properly.

The Dashcam GT83 4K Wifi has the option to make pictures. The picture mode can be accessed by longer pressing the Menu button and the pictures are stored on the SD card in a separate folder.

When powered by the cigarette power plug, the Dashcam GT83 4K Wifi will start recording automatically when the car is turned on and will stop recording when the car is turned off. Note that this function will only work in cars that provide power trough the cigarette port when the ignition is on. When power is also provided when the ignition is off, the GT83 4K Wifi will stay on and has to be turned on and off manually.

The built-in G-sensor in this Dashcam GT83 4K Wifi registers when you have an accident and in that case saves the current file in a special emergency folder on the SD card. Files in this folder cannot be erased by the loop recording.

This Dashcam GT83 4K Wifi has a built-in microphone. The microphone can be muted in the menu.

Really satisfied with this dashcam. It has all the functions that I was looking for and Dashcamdeal supported me with some questions I had later. Thanks!

This GT83 is by far the best dashcam i've owned so far. The image quality is great and it has all the function you can expect from dashcams in a €250+ price range. The touchscreen feels really intuitive and the magnetic bracket is really a great upgrade from the usual suction mounts.