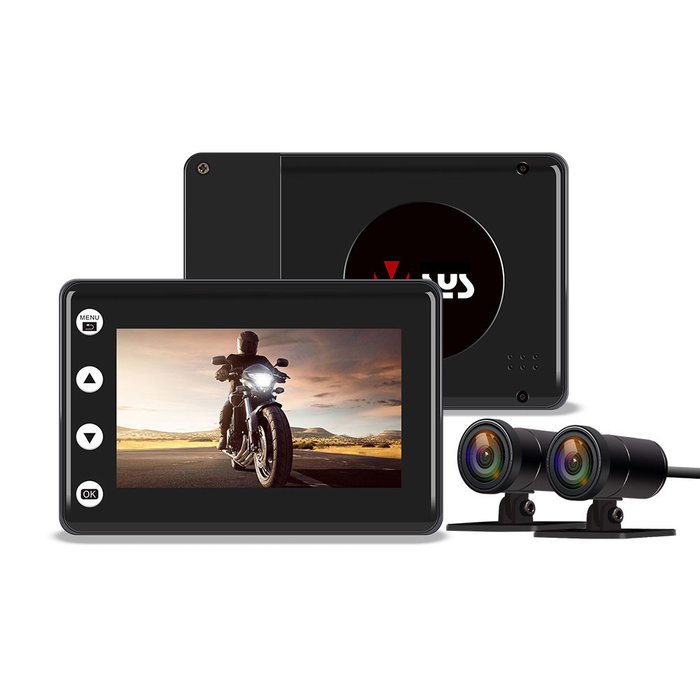 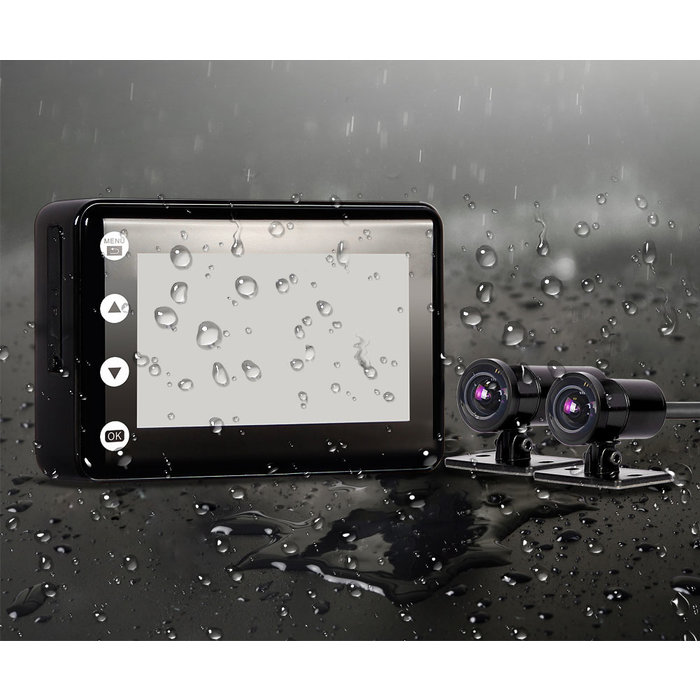 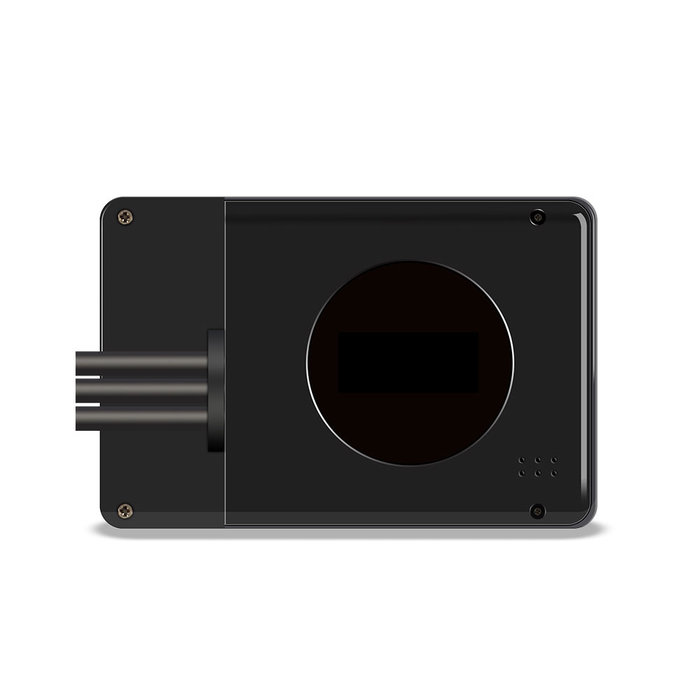 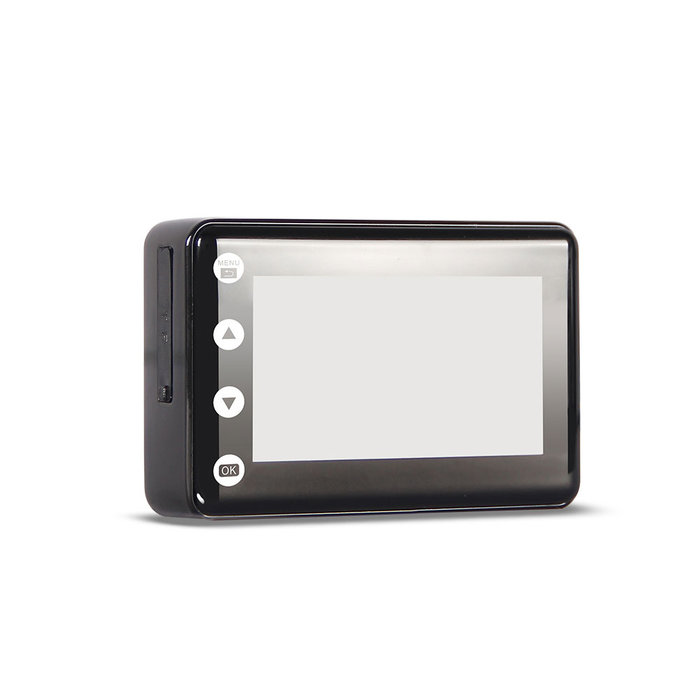 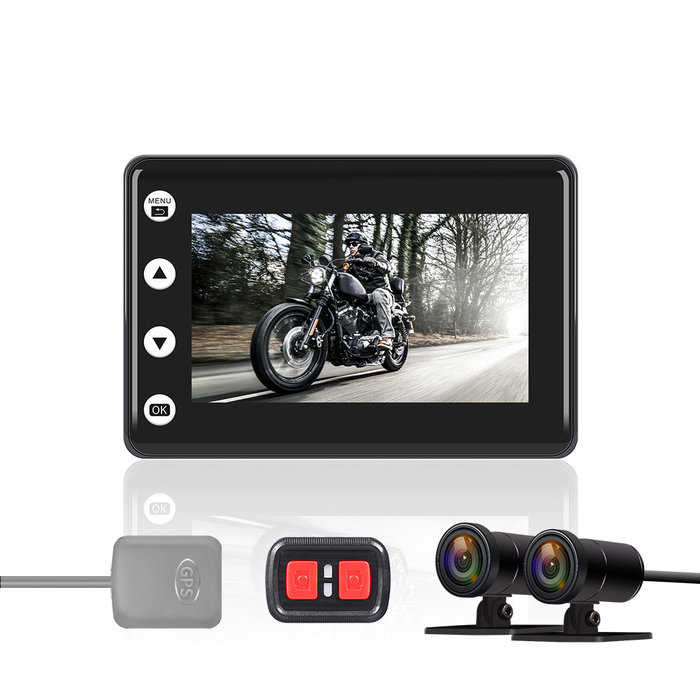 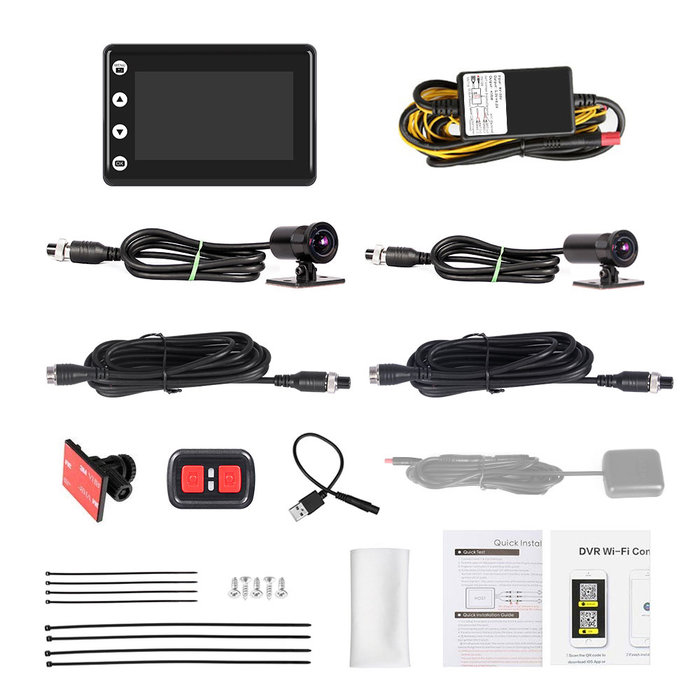 The Motocam A2X Wifi motorcycle dashcam is one of the best motorcycle dashcams from Motocam and equipped with the most features. The A2X Wifi films front and rear with a razor sharp 1080p resolution by the SONY IMX323 and IMX307 sensors. The module of the A2X is IP65 water resistant and the cameras are IP67 waterproof, the dashcam is therefore resistant to very harsh weather conditions.

The Motocam A2X Wifi is equipped with Wifi. This allows recorded images on the dashcam easily to viewed and shared through the phone or tablet. Through the convenient App for Android and iOS almost any phone or tablet can be connected to the dashcam.

The Motocam A2X Wifi can be expanded with a GPS receiver. By connecting the GPS to the camera, the current speed can be displayed on screen and the coordinates of the places where is filmed can be reviewed. At a later moment the route can be viewed with the Motocam viewer on the PC. The player is only available for Windows and can be downloaded here.

The Motocam A2X Wifi films with a clear 1080p 30fps resolution on the front and back. The cameras are equipped with the high-end Sony IMX323 on the front and IMX307 on the back. These image sensors guarantee the best image quality, especially in the dark.

With the convenient supplied S.O.S. button that can be mounted on the handlebar it is possible to easily make an S.O.S. recording. With one push on this remote control a secured recording can be made on the front or back which cannot be removed by the Loop recording. In this way you ensure that the most remarkable situations on the road are always stored securely.

Both cameras of the Motocam A2X Wifi are IP67 waterproof and therefore resistant to the most extreme weather conditions. The module is IP65 water resistant and can therefore be attached to the handlebar without any problems.

The 3.0 inch LCD screen makes adjusting the settings very easy. On the screen you can also see what exactly is being filmed, so the dashcam can be easily adjusted.

Both cameras have a wide-angle lens of 170 degrees, which is enough to record a large part of the environment without distorting the image too much.

The Motocam A2X Wifi supports MicroSD cards up to 128gb, which allows for 32 hours of recording in FullHD.

The Motocam A2X Wifi comes with all the necessary accessories to mount the dashcam discreetly and out of sight. The cameras are very compact and come with a additional 2.5 meter long cable so the dashcam can be mounted on any motorcycle.

The Motocam A2X Wifi comes standard with a hardwire cable, so that the dashcam easily can be connected to the battery of the motorcycle. The inverter in the power supply converts the current from 12v to the required 5v.

The built-in super capacitor battery in the Motocam A2X Wifi ensures that the camera can safely shut down and save the last images after the engine is turned off or when the power is interrupted for other reasons. Super capacitors are also generally a lot more durable than batteries when used in dashcams.

Due to the built-in G-sensor, the dashcam notices when you have had an unexpected collision. On impact, images are automatically stored securely so they are not lost. They can not be overwritten or deleted via the dashcam.

The Motocam A2X Wifi has a built-in microphone so that sound is also recorded. The microphone can also be turned off if desired.

The current time and date are always displayed on screen so that later it can be shown at what time the relevant recordings were made.