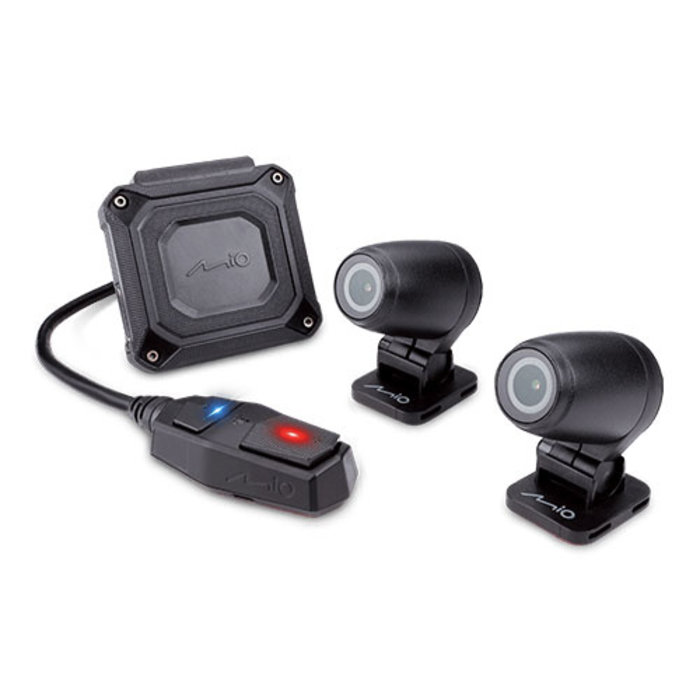 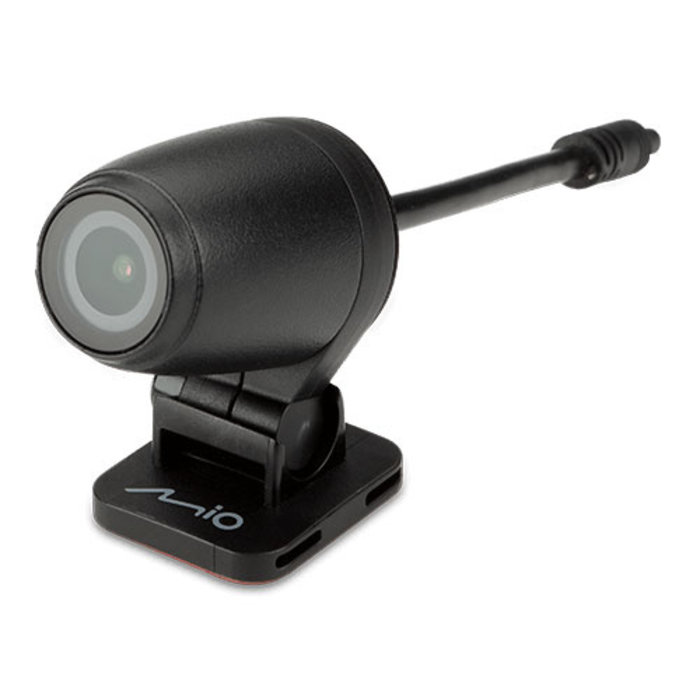 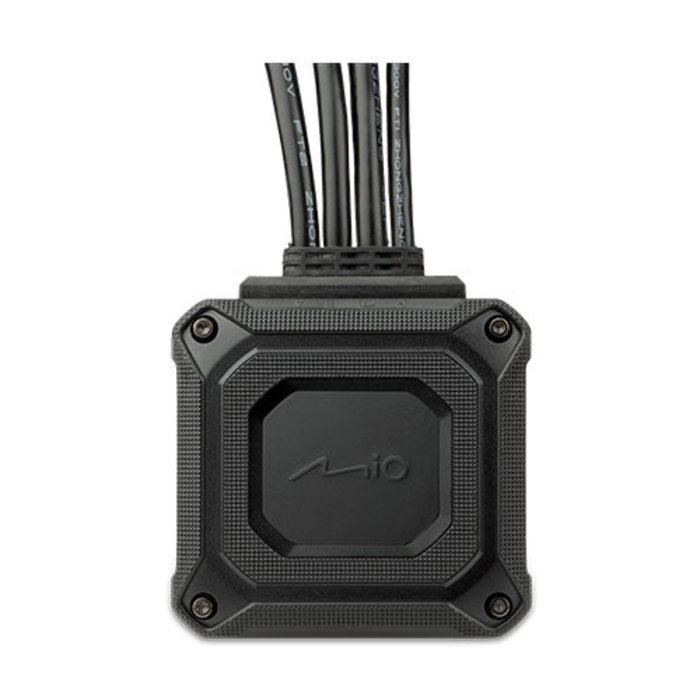 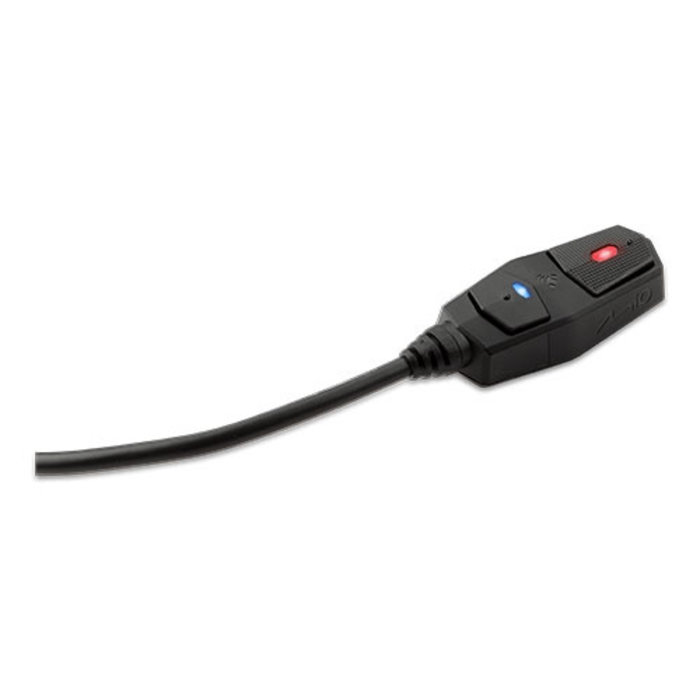 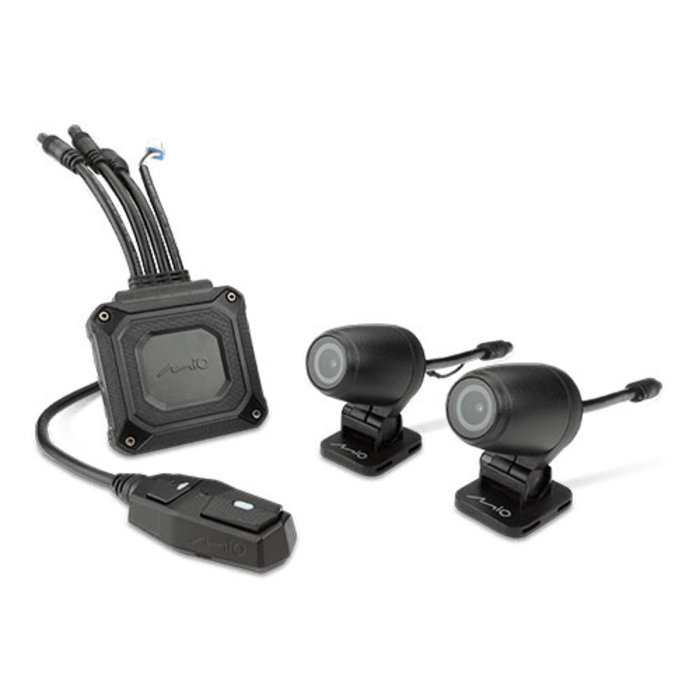 The Mio MiVue M760D motorcycle is a new 2CH MiVue dashcam specially designed for the motorcycle. The MiVue M760D consists of a module with 2 separate cameras allowing both front and rear of the motorcycle is recorded. The two Sony Starvis Night vision image sensors, the image quality is very good even in low light. Images can easily be viewed via Wifi and the M760D comes with a GPS module so that speed and location are continuously tracked.

The MiVue M760D is designed with the best materials and techniques and is fully IP67 waterproof. This means that both the module and the cameras can be mounted anywhere on the motorcycle. We do recommend mounting the module in a dry place to ensure long-lasting operation.

The handy MiVue M760D is able to record everything around the motorcycle because of the 2CH recordings. The two cameras are equipped with the latest Sony Starvis image sensors that produce razor-sharp 1080p recordings.

The external main module (DVR) is placed separately on the motorcycle and connected to the cameras with the 1.5 meter cables. The DVR is powered by the supplied 5V 2.0A power supply (0.6 meters). Furthermore the Wifi module and the MicroSD card slot are incorporated in the DVR module.

With the convenient included S.O.S. button that can be mounted on the handlebar it is possible to make an S.O.S. recording with one push on the button. This recording cannot be erased later by the loop recording, ideal to securely record a remarkable traffic situation.

The external IP67 waterproof GPS receiver continuously tracks location and speed. Through the app can later be viewed which route was taken and at what locations is filmed with the dashcam.

The MiVue M760D has built-in Wifi, making viewing the images and changing settings very easy via the phone or tablet. Through the app numerous settings can be changed such as resolution, loop recording, G-sensor sensitivity, time lapse recording etc. Also, any new available firmware can be downloaded and installed with the push of a button.

The cameras of the MiVue M760D have a diagonal viewing angle of 130˚ which captures a fairly large area around the motorcycle.

The Mio MiVue M760D 2CH dashcam automatically starts filming when the engine is started and stops filming when it is turned off. So you don't have to worry about it after it's attached.

With the built-in G-sensor, the dashcam notices when you have had an unexpected collision. On impact, images are automatically stored securely so they are not lost. They can not be overwritten or deleted via the dashcam.

The Mio MiVue M760D 2CH has a built-in microphone so that sound is also recorded. The microphone can also be turned off if desired.