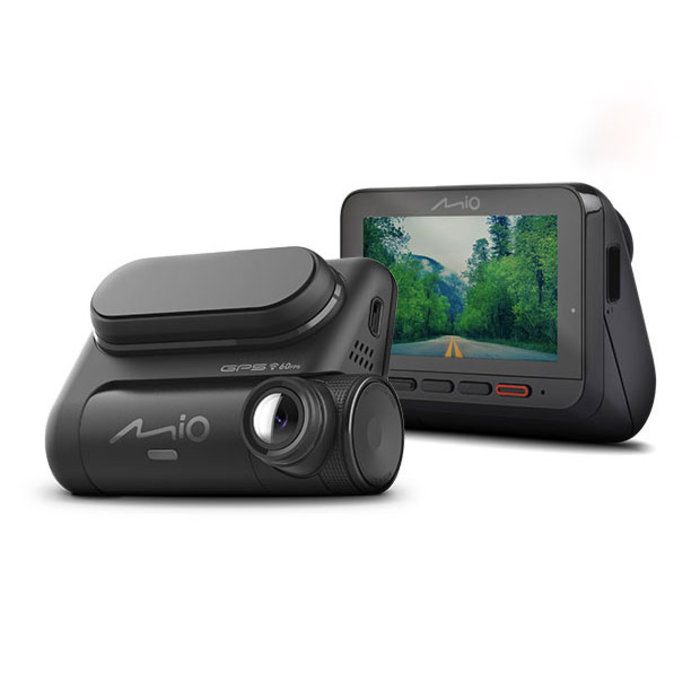 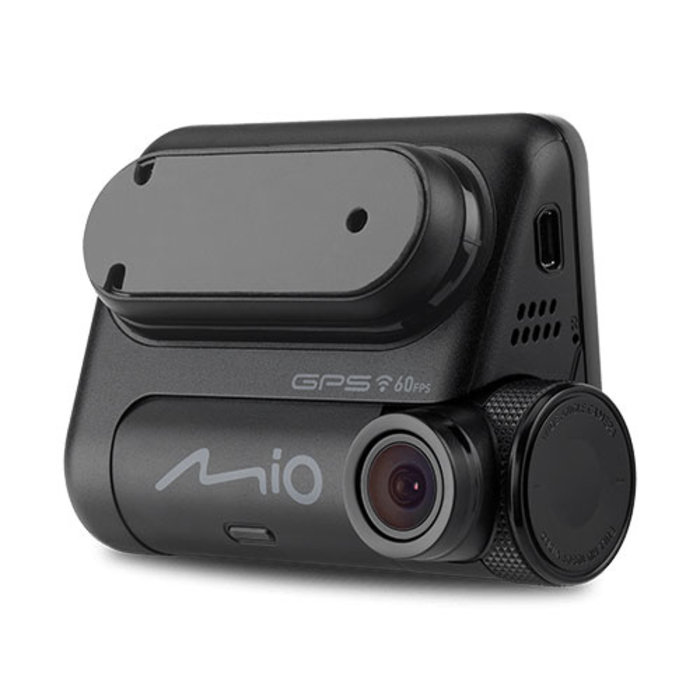 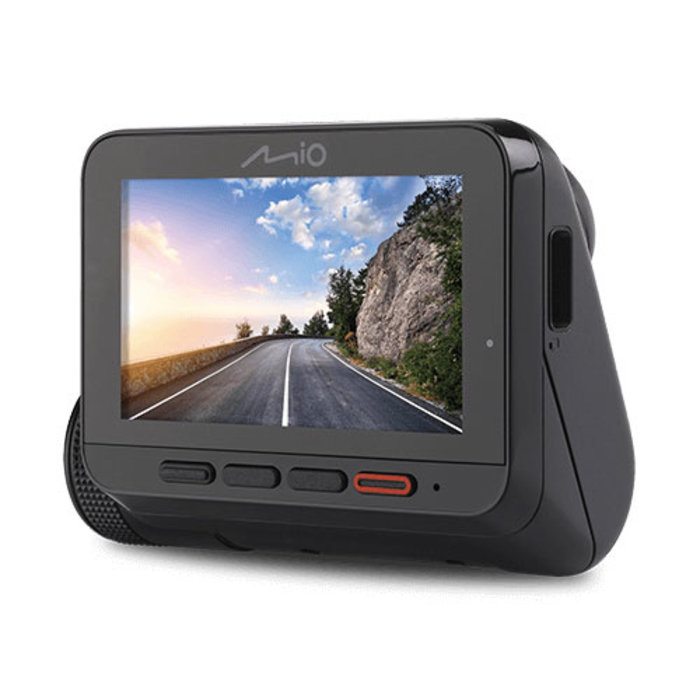 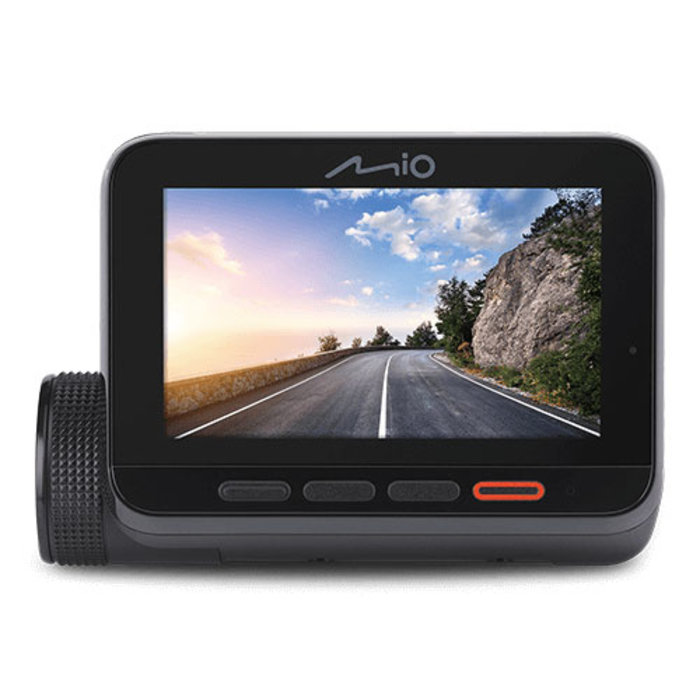 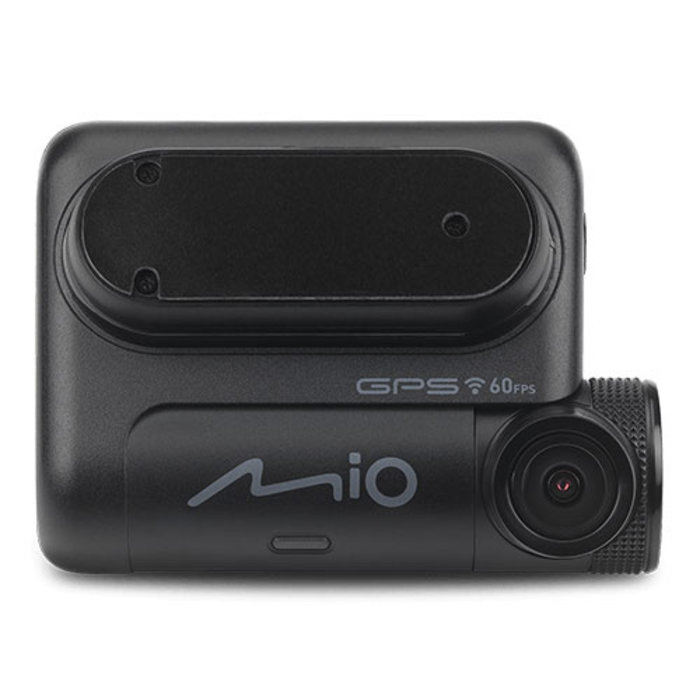 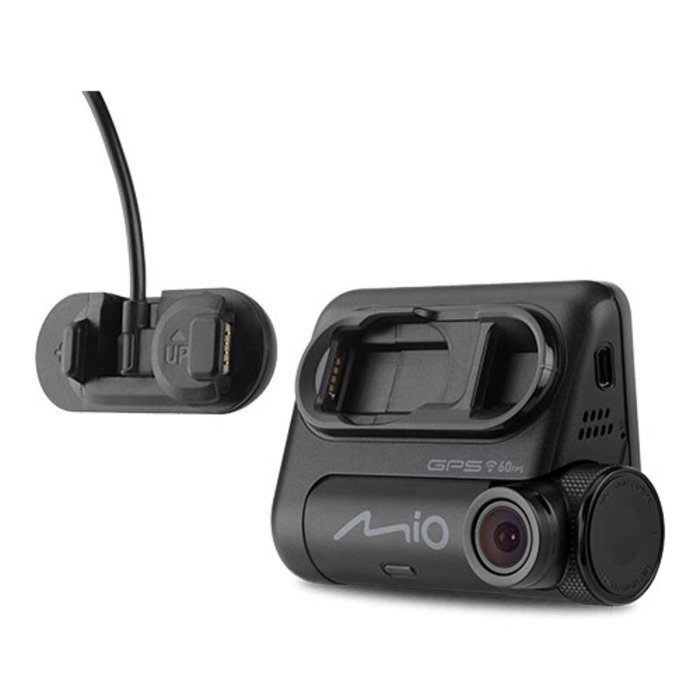 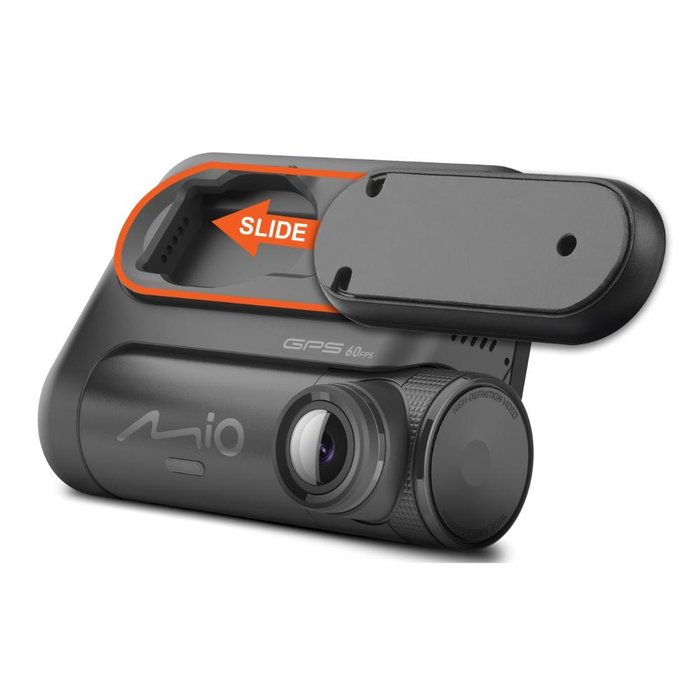 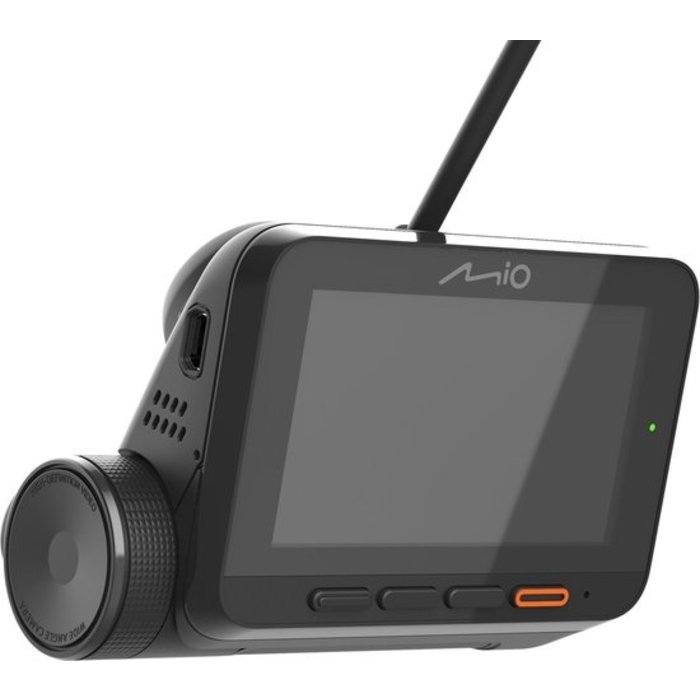 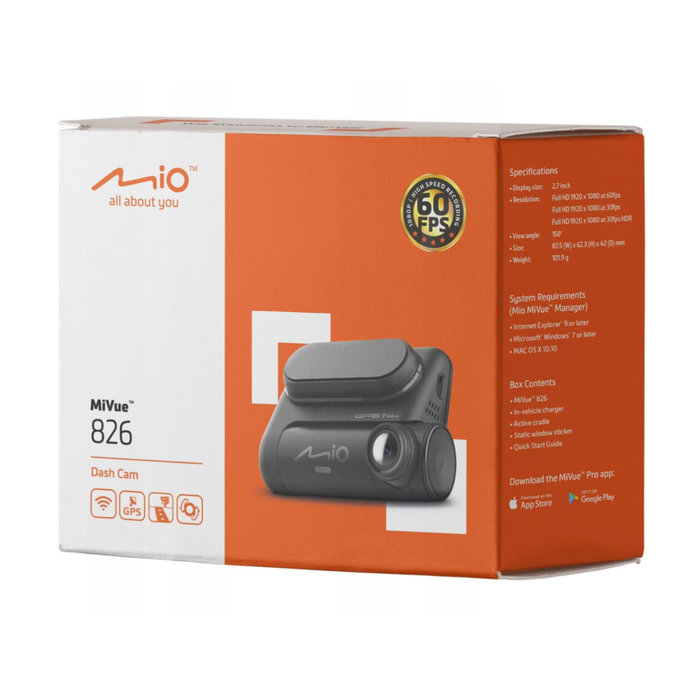 The Mio MiVue 826 is a nice basic dashcam with FullHD 60 fps resolution, Wifi and GPS. The dashcam has many useful additional features such as a parking mode, ADAS assistance and speed camera alerts. The 256gb Micro SD support can store many videos and with the optional MiVue A30 rear camera images can also be recorded at the rear of the car.

This Mio MiVue 826 dashcam has a high-quality image sensor so that videos are recorded in very clear and detailed FullHD 1080p. The videos are in 60fps (Frames per Second) which makes the videos very smooth. The resolution can also be set lower to store more videos on the SD card, for example at FullHD 30fps or 720p 30fps.

The MiVue 826 can be expanded with the MiVue A30 rear camera so that it can also record at the rear of the car. The MiVue A30 is available as an optional accessory (see discount bundles, among others) and films at 1080p in 30fps due to the high-quality SONY sensor. The A30 is easily connected to the MiVue 826 with an included Y-cable and the cameras simultaneously record everything and save the images to the SD card.

The large 2.7-inch screen on the MiVue 826 makes it easy to view images and operate the menu.

The Mio MiVue 826 is equipped with a built-in GPS module that registers coordinates and speed. As a result, the current speed is displayed on screen and it is possible to use the MiVue Manager to view the route travelled together with the images.

The Mio MiVue 826 is equipped with a convenient Advanced Driver Assistant System (ADAS). This system consists of three separate options;

The Mio MiVue 826 is equipped with a convenient automatic parking mode to secure the car. If enabled, the parking mode is automatically activated when the power is interrupted (and continues on the internal battery for a short period of time) or when the car is stationary for 5 minutes. It can also be turned on manually by pressing the P once when a regular recording is still in progress.

The MiVue 826 has a built-in 240mAh battery on which it can continue to operate for some time if the car's ignition is turned off. Note that extended use of parking mode requires a MiVue Smartbox to power the camera when the ignition is turned off and to protect the car battery from being drained (see bundle of rebates below or list of optional accessories).

The Mio MiVue 826 has a built-in G-sensor. This is a sensor that detects vibrations and therefore notices when a collision takes place. in that case, the current recording is stored securely on the SD card so that it cannot be erased.

The Mio MiVue 826 supports MicroSD cards up to 256gb. This is good for a total of about 40 hours of 60fps FullHD recordings.

The Mio MiVue 826 has a viewing angle of 150˚. A large area around the camera is therefore visible without the image being distorted too much at the sides.

The MiVue 826 is equipped with the Mio system that warns of speed cameras. The camera has a database with the last known speed cameras, the GPS warns the driver if a speed camera is approached.

The MiVue 826 automatically starts filming when the car is started and turns off automatically when the ignition is turned off. This requires that the cigarette power supply be connected.