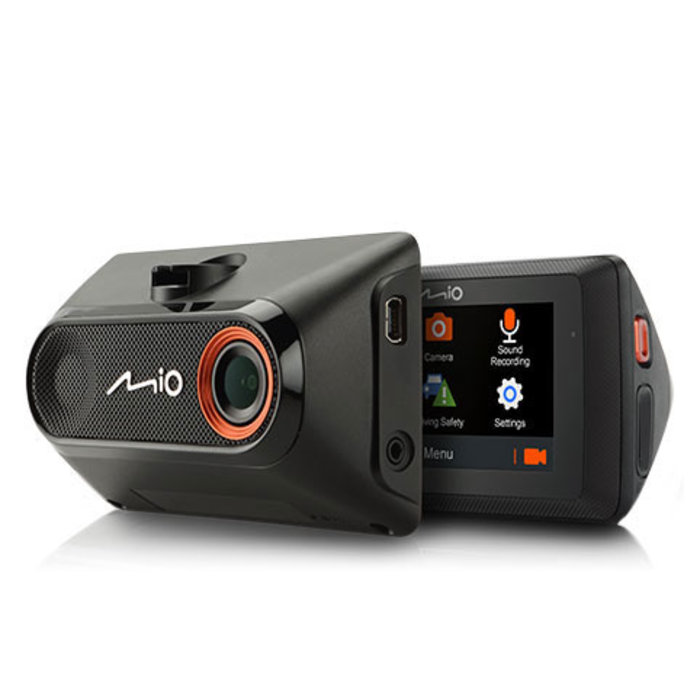 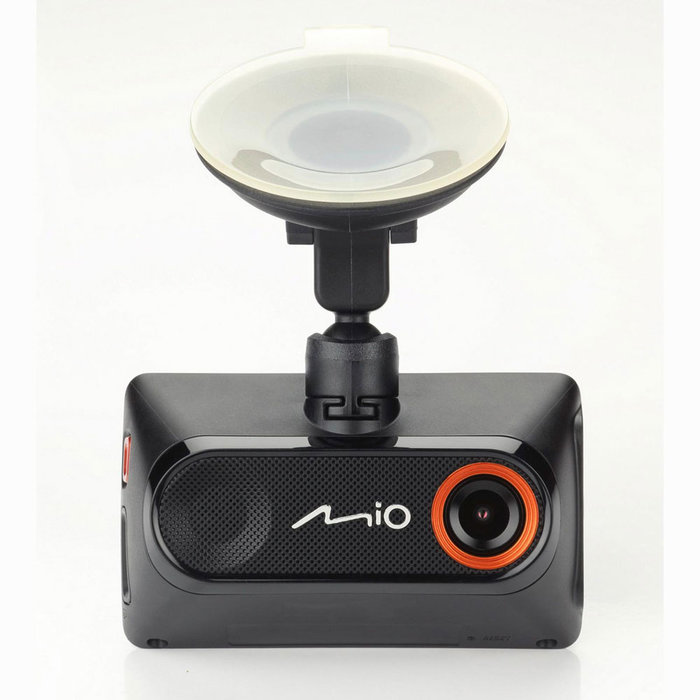 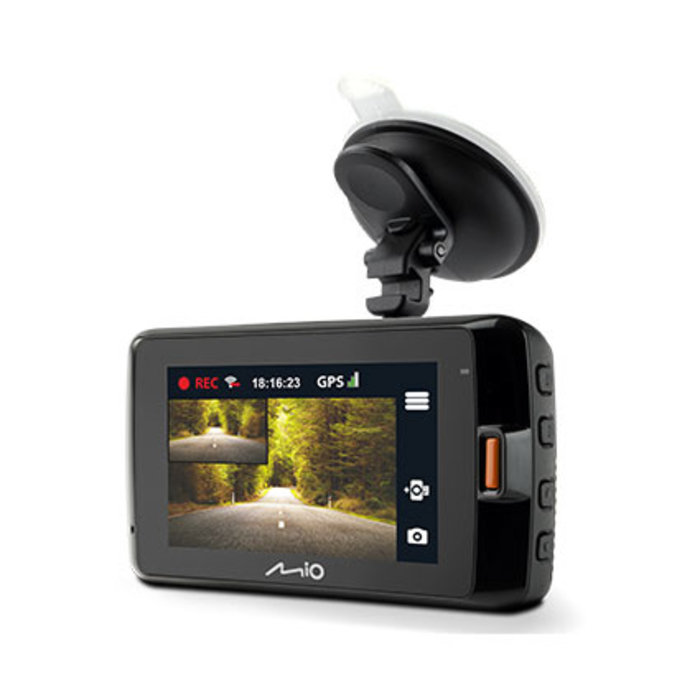 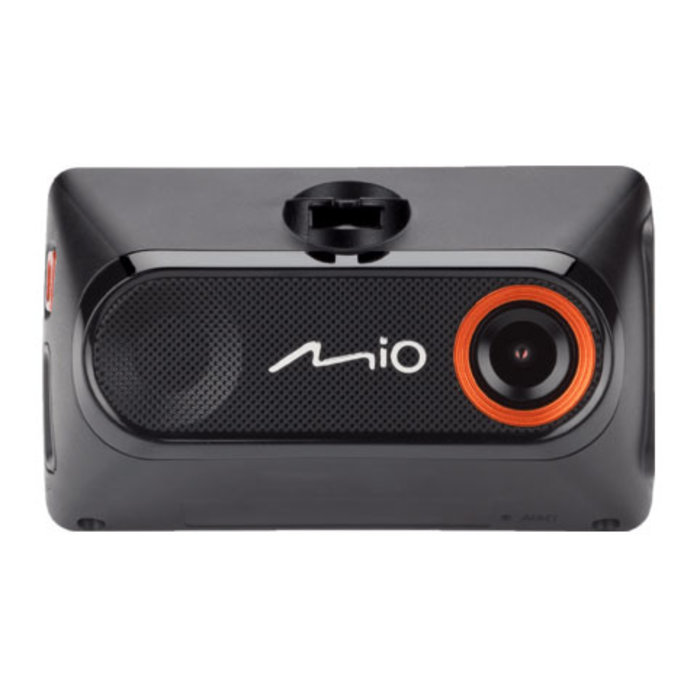 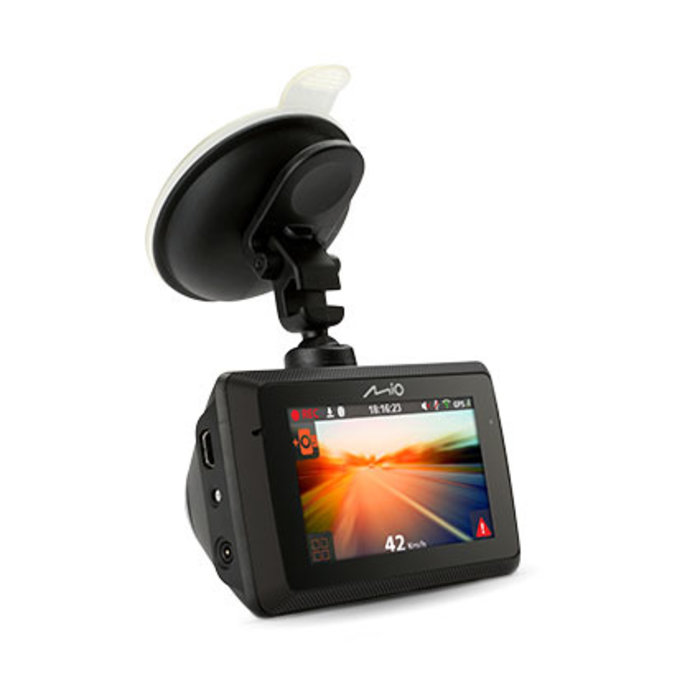 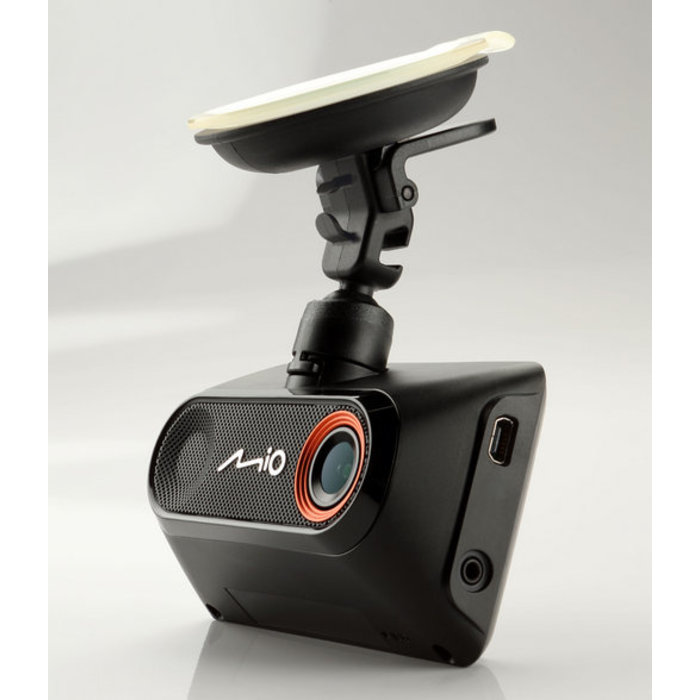 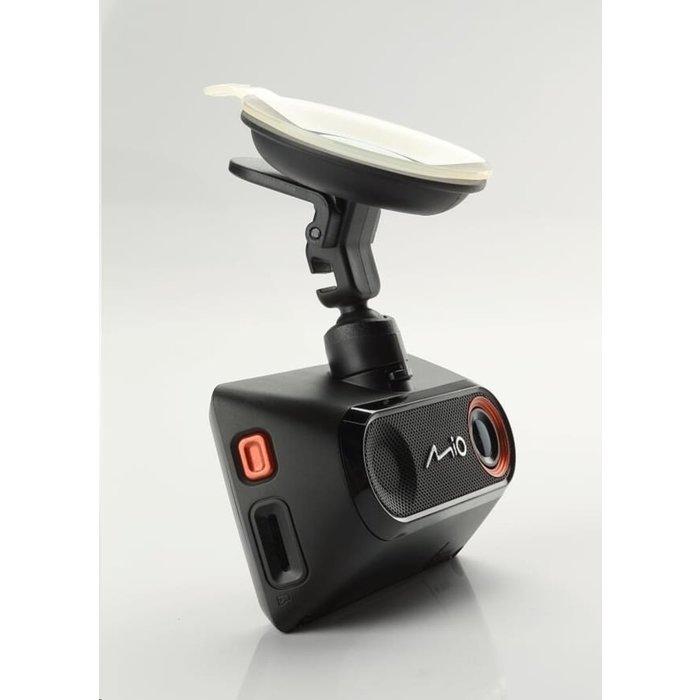 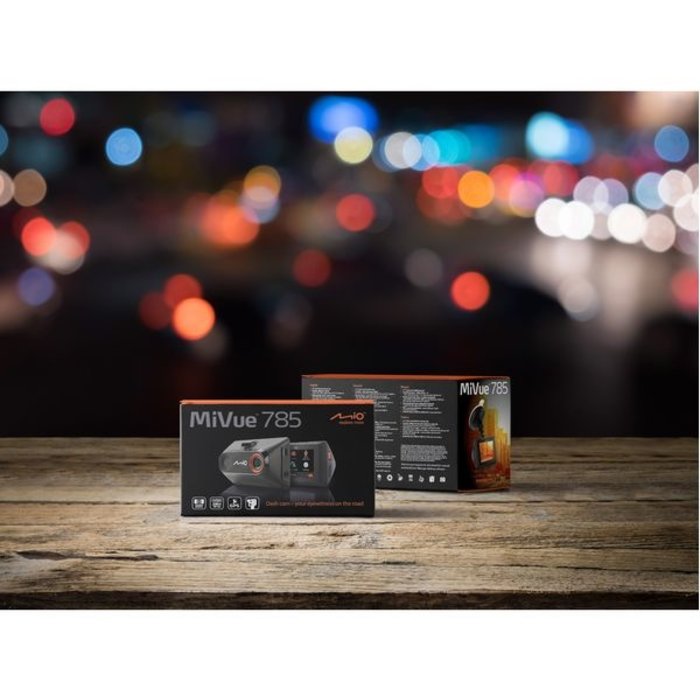 The Mio MiVue 785 Touch GPS is a dashcam from Mio's latest product range. With a 2.7 inch Touchscreen display it is a very user friendly camera. It films with 1080p in 30fps and has a viewing angle of 140˚. Due to the SONY IMX 323 image sensor, the image quality is very good even in low light conditions. The MiVue 785 is also equipped with an ADAS system that can warn the driver of dangerous situations. It is expandable with the optional MiVue A30 rear camera.

The large 2.7 inch Touchscreen display on the MiVue 785 Touch GPS makes it easy to view recordings and operate the menu.

The Mio MiVue 785 Touch GPS is equipped with a built-in GPS module that records coordinates and speed. As a result the current speed is displayed on screen and it is possible to use the MiVue Manager to view the route travelled together with the recorded footage.

The Mio MiVue 785 Touch GPS is equipped with the high-quality SONY IMX323 image sensor which allows it to film with very good 1080p resolution at 30fps (frames per second). The image is therefore very smooth and in combination with the F1.8 aperture (the opening of the light), the recordings are still of good quality even in low light.

The MiVue 785 Touch GPS can be expanded with the MiVue A30 rear camera so you can also film at the rear of the car. The MiVue A30 is available as an optional accessory and films with 1080p in 30fps due to the high-quality SONY sensor. The A30 is easily connected to the MiVue 785 with an included Y-cable and the cameras simultaneously record everything and save the images to the SD card.

The Mio MiVue 785 Touch GPS is equipped with a convenient automatic parking mode to secure the car. If enabled, the parking mode is automatically activated when the power is interrupted (and continues on the internal battery for a short period of time) or when the car is stationary for 5 minutes. It can also be turned on manually by pressing the P once when a regular recording is still in progress.

The Mio MiVue 785 Touch GPS has a built-in G-sensor. This is a sensor that detects vibrations and therefore notices when a collision occurs. in that case, the current recording is stored securely on the SD card so it cannot be erased.

The Mio MiVue 785 Touch GPS supports MicroSD cards up to 128gb. This is good for a total of about 40 hours of FullHD recordings.

The Mio MiVue 785 Touch GPS has a viewing angle of 140˚. A large area around the camera is therefore visible without the image being distorted too much at the sides.

The MiVue 785 Touch GPS is equipped with the Mio system that warns of speed cameras. The camera has a database of the last known location of speed cameras, the GPS warns the driver if a speed camera is approached.

The database is updated monthly by Mio and can be used for free during the lifespan of the device.