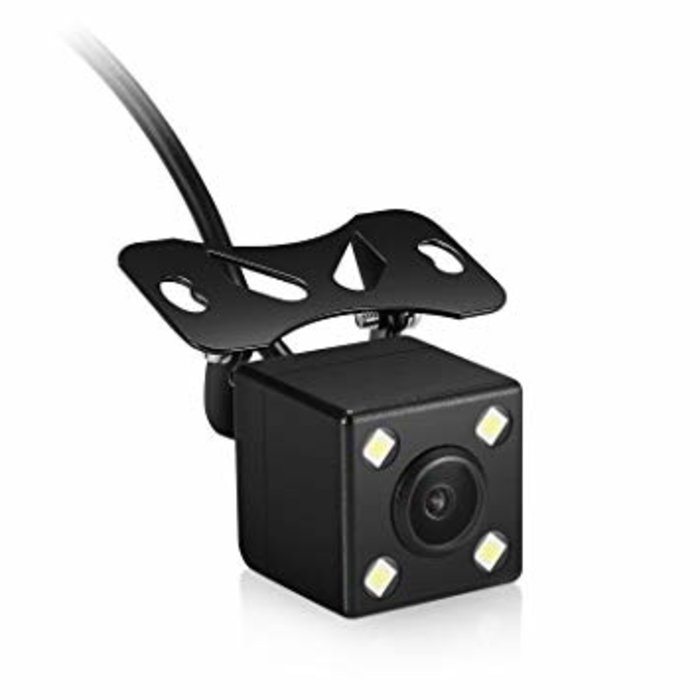 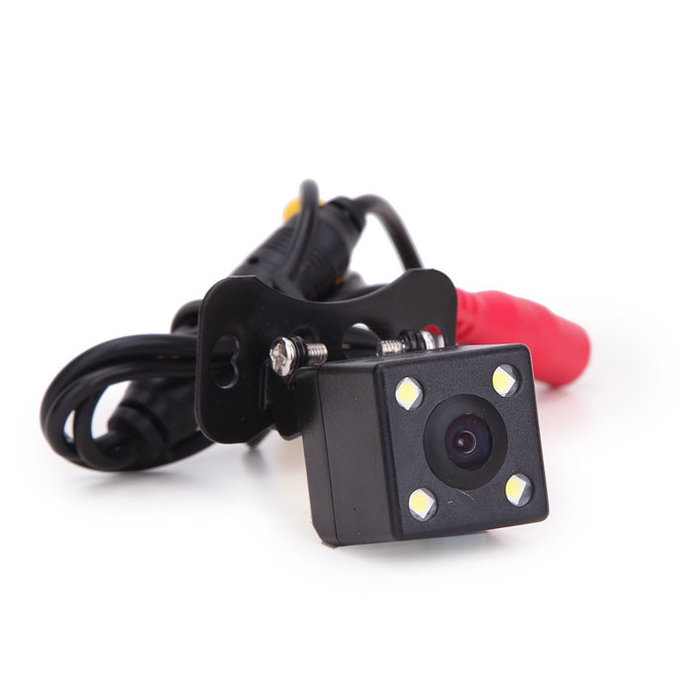 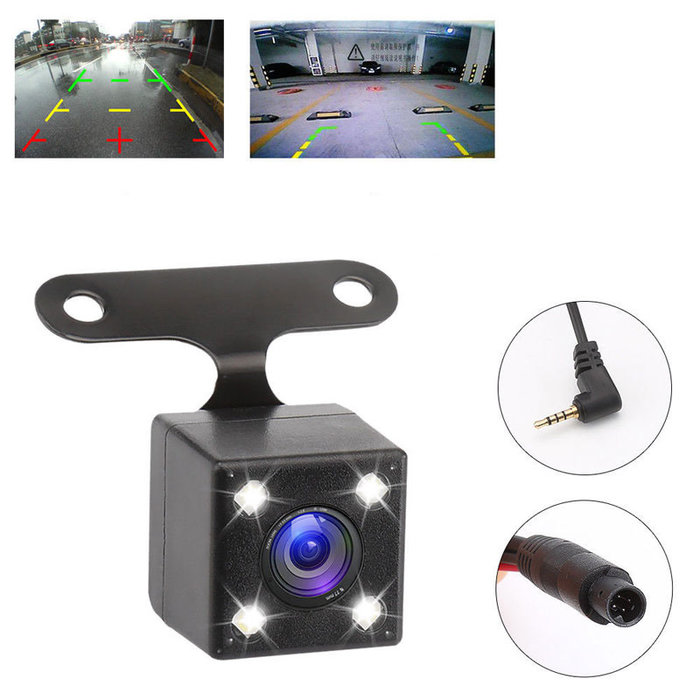 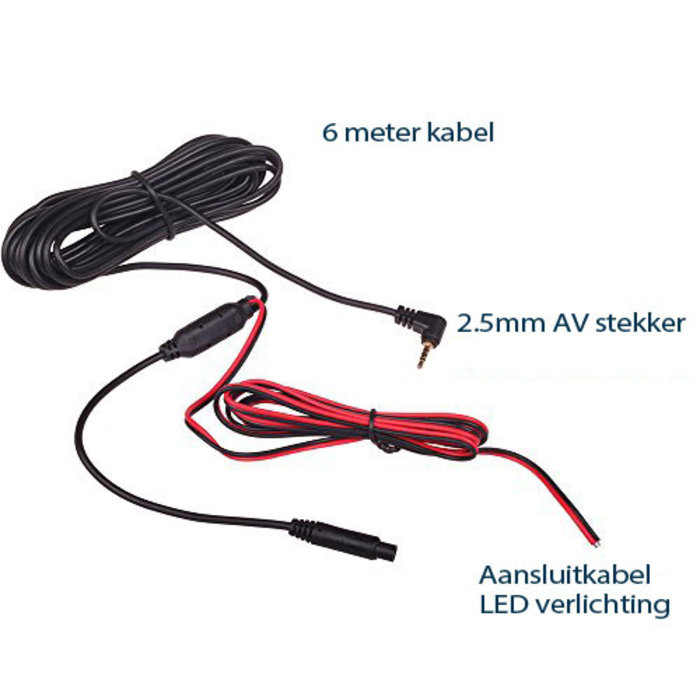 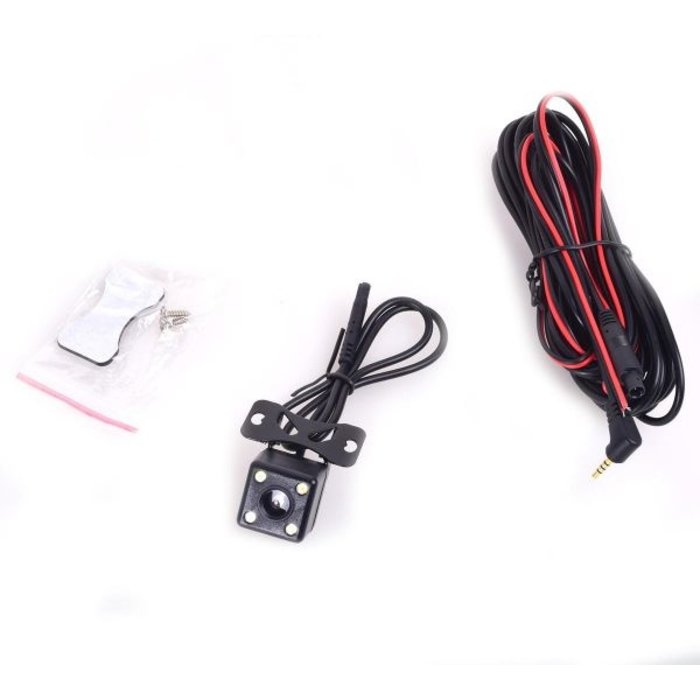 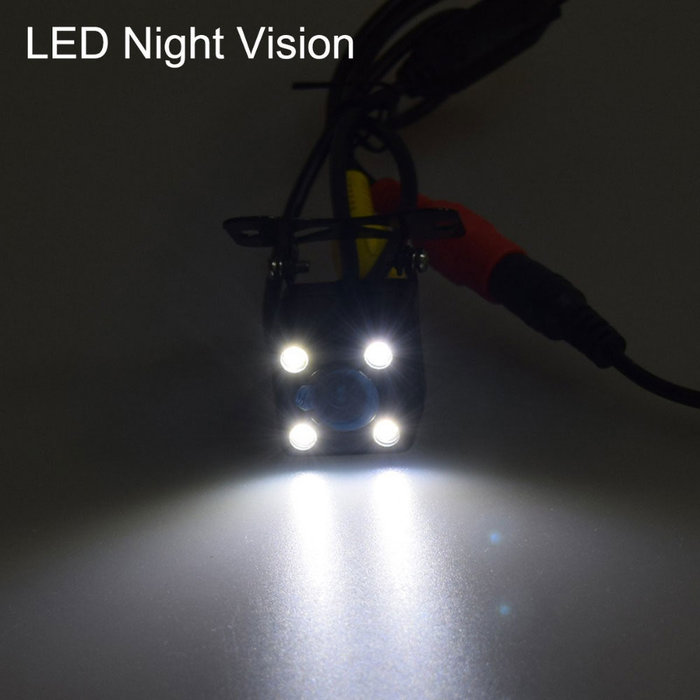 AZDome rear camera for GS63H and M02 models. This is de same rear camera as the one included with the AZDome GS63H 4K 2CH. It comes with a 2.5mm jack and a 6 meter long cable as well a two cables to connect is to the power of the reverse light of the car.

This AZDOme rear camera has a VGA (480p) 30fps resolution and is IP68 water and dust proof. The image is recorded mirrored so it's the same image you see in your rearview mirror.

The camera is equipped with four high brightness LEDs that turn on once the car is put into reverse if the camera is connected to the power of the reverse light. In that case, the image of the rear camera is also shown in full on the LCD screen of the front dashcam.